Dozens of anti-Wall Street protesters in Los Angeles are braced for eviction from a park near city hall, with some packing up their tents and others standing their ground.

The movement was nearing a critical point in time after Antonio Villaraigosa, the mayor of Los Angeles, on Friday ordered the protesters to leave the area where they have been rallying since October at 12:01am local time on Monday (08:01 GMT), citing public safety concerns.

The group called for a rally in front of city hall late on Sunday to send a message to officials.

A message on the website of Occupy LA – loosely linked with other groups that emerged from Occupy Wall Street – said the group is “not going anywhere, we are everywhere”.

“Even if they do fence in city hall lawn, we still have plenty of streets to take,” said the website.

“We also need to focus less on the protest grounds, and more on the long-term sustainability of the movement. We can take the occupation on tour, on every street of Los Angeles if we put our minds to it!”

Some members were packing up, seeking to avoid a confrontation with police.

Victor Pantoja told the Los Angeles Times: “Like they say, ‘Run away to fight another day.’ I’m not going to get arrested.”

But a tweet from the group said: “Occupy LA is the last strong occupy camp, let’s not go down without peaceful resistance.”

Officials said the deadline set by the mayor did not mean police would move in immediately to clear the camp.

Charlie Beck, the police chief of Los Angeles, said: “That does not mean that we will physically remove people at 12:01. What that means is that after 12:01, we have the ability to enforce the law.”

The mayor announced on Friday the park would be temporarily closing out of concern for the public safety implications of a long-term encampment.

An extra 50 beds for homeless demonstrators will be set up at local shelters, Villaraigosa said.

The Occupy Wall Street movement started in September as a march on New York’s financial district to protest against corporate greed and income inequality.

It quickly developed into a national movement centered on tent camps in New York, Washington, Oakland, California and other cities. 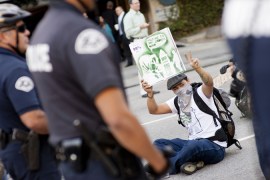 Mayor sets deadline for protesters to leave, saying they have “awakened country’s conscience” but damaged the grass. 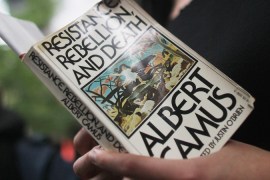 The People’s Library and the future of OWS

The massive library carted away by authorities at Zuccotti Park is a formidable weapon in Occupy Wall Street’s arsenal. 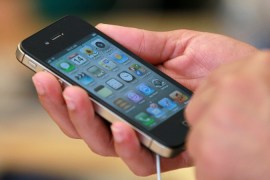 Occupy protests: There’s an app for that

Occupy Wall Street’s outreach has a new tool: An iPhone app which allows information to be shared more efficiently.