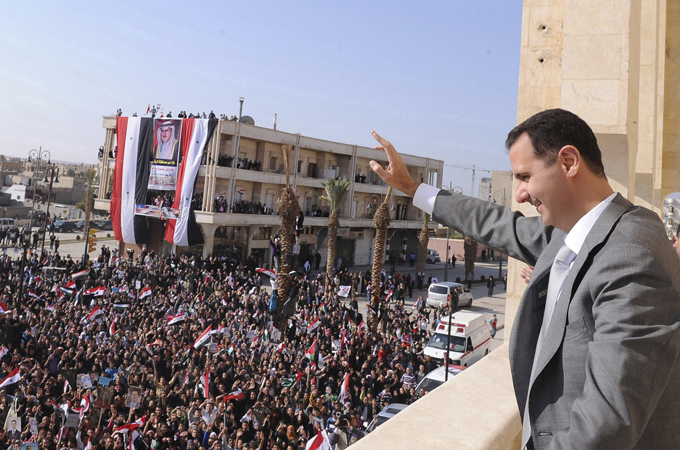 Why has Syria called for an emergency summit of the Arab League?

In strategic affairs, it is called escaping forward. With its back to the wall, instead of retreating, the government of President Bashar al-Assad is charging forward, taking the offensive.

After the Arab League suspended its membership and called on member countries to withdraw their ambassadors from Damascus, the Syrian government, which has long boasted that it is the bedrock of Arab solidarity, was caught off guard.

The League agreed with almost full consensus to take harsh measures against it – short of Lebanon, a satellite of Damascus, and a Yemeni government that faces similar challenges as Syria.

Indeed, even Lebanese President Michel Suleiman, facing internal divisions, seemed to gather the courage to call on the Syrian government to implement the Arab initiative quickly and fully.

However, having failed to implement the roadmap laid out by the Arab League, including withdrawal of the military from the cities and releasing political prisoners, the Assad government is in denial over its deepening isolation, insisting that the country will emerge “stronger” and more “united”.

It claims that Washington is a strong player in the Arab League and is trying to undermine it. And to a certain degree that is true. The US has always been present and always tried to influence Arab decisions, but failed miserably to attain similar consensus: whether in Iraq, Sudan or Palestine.

But if indeed such a Western conspiracy is meant to undermine Syria’s rejection of Israel’s hegemony, why does the Syrian president not in turn expose and undercut those conspiring against his country by implementing the Arab initiative and democratising the country?  After all, that would certainly strengthen Syrian resolve.

Alas, the answer as to why Arab leaders are suddenly united over a sensitive Arab issue and willing to take matters into their own hands might, in reality, be simpler than the Assad government tries to portray: it involves less conspiracy and more urgency.

First, Arab public opinion is more present and more potent than ever before. Arab leaders can no longer ignore the mass killing of Arab citizens.

Second, the situation in Syria is spiralling out of control and could bring down the region with it. Although President Assad’s threat of an “earthquake” is a sign of desperation, such a calamity is bad news for all.

The Arab leaders are not only thinking of Syria’s wellbeing. They are also worried about a spillover of sectarian violence and chaos in the Arab east.

Never has Syria been at such a fatal crossroads as it is today.

You say a “fatal crossroads”. Why is this moment “fatal”?

It is because the country is at the verge of sliding towards a full-fledged civil war, with terrible consequences for its people and national unity.

The mainly Alawite-securitarian government is deepening the sectarian divide through its excessive use of force.

And slowly but surely, its violent escalation is pushing the opposition towards increased militarisation and deepening sectarianism.

Mounting defections in the military, notably among the Sunnis, as segments of the people arm themselves will lead to chaos and heightened sectarian violence.

Already, hate crimes are spreading on all sides and could eventually lead to ethnic cleansing of towns and neighbourhoods that involve many sectors of the society.

As sanctions are tightened, the economy suffers, and businesses close or fire their employees. Greater frustration will lead to wider instability and violence.

Sectarian violence and instability in Syria could easily spread to its neighbours who face similar sectarian issues: notably Iraq and Lebanon, and even Jordan and elsewhere.

Could foreign intervention and attempts to protect the Syrian population as claimed by Nabil al-Arabi, the Arab League’s secretary-general, further inflame the situation in Syria and the region?

There is no doubt that the situation is precarious and any sort of intervention, direct or otherwise, could indeed lead to further escalation.

That is why the decisions of the Arab League should not pave the way towards a United Nations Security Council resolution authorising foreign military intervention on the Libyan model.

Although an increasing number of Syrians are asking for international protection, it is not clear how enforcing a no-fly zone could help improve the situation in Syria or rebuff the repression.

Needless to say, Syria is not Libya and the situation there is not conducive for such an intervention.

On the other hand, sceptics are right to ask why Libya involved a UN/Western intervention, Syria an Arab intervention, Yemen a Gulf role and Bahrain an exclusively Saudi military role! This does smack of a double or quadruple standard.

That, however, is the nature of politics in the region and it is far from ideal. Indeed, the Middle East and the Arab world in general are still marred with counter-revolutionary forces that try to either undermine the popular will or exploit them for more of the same cynical political and strategic calculus.

Otherwise, why don’t the Arabs take similar “strong and courageous” steps (to cite Ban Ki-moon, the UN secretary-general), when it comes to Yemen, where more than 2,000 civilians have been killed, not to speak of Palestine whose inhabitants continue to suffer from occupation and oppression?

This is why it behooves the Arabs as a whole to insist on resolving their problems locally or regionally within the Arab fold when possible. The public pressure would need to mount in order to find Arab solutions to Arab problems. Intervention from the outside, notably military intervention, could only lead to further suffering, break up and chaos.

Further Arab isolation of the Syrian government coupled with domestic pressure  and their insistence that the Syrian government fully implements the Arab initiative and paves the way towards a transition of power might be challenging, but remains the least harmful and most constructive way forward.