The release of 477 Palestinian prisoners – only the first wave of the 1,027 who are to be exchanged for Israeli soldier Gilad Shalit – will take place on Tuesday and is believed to be the largest exchange for a single Israeli captive.

Shalit, 25, has been held in captivity since 2006, after a Hamas-led border cross raid that is believed to have lead to his capture.

Many of those on the list are from the Gaza Strip or the occupied West Bank, and will be allowed to return to their homes, whereas 203 with families in the West Bank will be either exiled to Gaza or deported to undisclosed countries.

Mousa Mohammed Abu Marzouk, deputy chairman of Hamas’s political bureau, told Al Jazeera last week that the release of these prisoners, ones he described as having been found to have  “blood on their hands” by Israeli courts – violates “Israeli taboos”, moving the government towards actions that would previously been considered off-limits.

While the swap is considered controversial among Israelis, polls show that nearly 70 per cent of them support the exchange for Shalit.

Some high profile prisoners – such as Ahmad Sadaat of the Popular Front for the Liberation of Palestine and Fatah leader Marwan Barghouti – are not included in the swap. Nevertheless, there are some important names on the list. 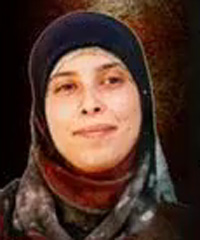 Tamimi, in a photo from a Facebook page calling for her freedom

Tamimi, 30, has been held since 2001, when she was accused of helping suicide bombers attack Israeli targets, including a pizzeria attack in Jerusalem which left 15 dead and 130 wounded.

A journalist and university student and member of Hamas, Tamimi received 16 life terms for her part in the attack – she was found guilty of driving the bomber to the restaurant.

She is among the 27 women who will be included in the first group of released prisoners. A source told Reuters news agency that she would be sent to Jordan.

The parents of of those who died in the bombing of the pizzeria, a 15-year-old girl, wrote an emotional editorial in Haaetz, criticising Binyamin Netanyahu, the Israeli prime minister, for his decision to free Tamimi and the other prisoners.

For her part, Ahlam told Israeli news site Ynetnews.com in 2006 that she was not sorry.

“I will get out of prison and I refuse to recognise Israel’s existence, she said.

“I know that we will become free from Israeli occupation and then I will also be free from the prison.” 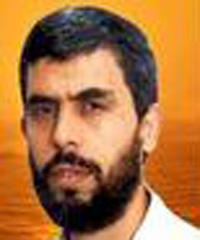 Sinwar, 49, is considered to be the most senior and prominent of all of those to be released, has been arrested several times in the course of his life.

According to information posted on the a website belonging to the al-Qassam Brigades – the military wing of Hamas – he has been placed under arrest, administrative detention and tortured by Israeli security forces for one reason or another since 1982.

Sinwar founded Majd – a security network for Hamas – in the early 1980s, which targeted, and killed, Palestinians it suspected of collaborating with Israel.

He was also allegedly responsible for recruiting for the security wing from the southern regions of the Gaza strip.

His brother, Mohammed Al-Sinwar, is the Hamas’s armed commander whom some suspect of helping plan the cross-border raid in which Shalit was captured.

Last year, Sinwar, believed to have been held in solitary confinement for long stretches, called for international intervention on behalf of roughly 1,500 ill prisoners held in Israeli jails, a situation corroborated by a visit to Tel Aviv’s Ramle prison by the Mandela Institute. 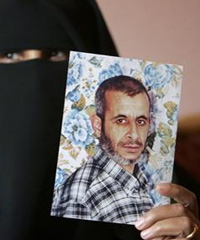 His unit was involved in the kidnapping and killing two Israeli soldiers in 1989, both of whom were picked up as hitchhikers.

Sharatha was arrested later that same year and sentenced to three life terms as well as a separate 30-year sentence.

Mahmoud Abdul Raouh al-Mabhouh, a senior Hamas commander, was also involved in the same operation. Mabhouh was assassinated by Mossad operatives in a Dubai hotel on January 20, 2010.

Ten months before his death, Mabhouh told Al Jazeera about the incident, saying that Shartha’s mission was to seal off the neighbourhood where the group hid after the killings and to clean the car in which at least one of the soldiers had had been killed. 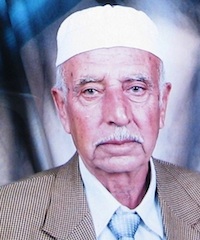 An undated photograph of Younis.

Younis, almost 80 years old, is believed to be the oldest Palestinian prisoner in Israeli jails; has spent nearly one-third of his life behind bars.

He was born in 1932 in the village of Arara, near Umm al-Fahm, and worked as a taxi driver.

He was arrested in 1983; after several months in detention, he was charged with involvement in the kidnap and murder of Avi Bromberg, an Israeli soldier who was killed in 1980.

Younis was initially given a death sentence, which was reduced on appeal to life imprisonment.

Younis says he was tortured during the months he was detained and interrogated before his trial. He also reportedly has suffered several medical ailments while in prison, including a heart attack.

In an interview earlier this year with the Ahrar Centre, a Palestinian prisoners’ group, his daughter Kauthar expressed her hope that her father would be included in a future prisoner swap.

“My father has been frustrated by talk of previous deals because the prisoners from inside Israel itself have been excluded,” she said. “Now he hopes that the resistance groups will include them in any future deal and not exclude them under pressure from the Israelis.” 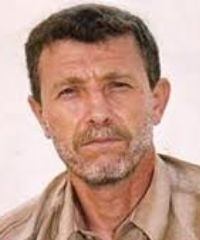 Barghouti in an undated photo released by his family.

Fifty-four-year-old Nael Barghouti is the longest-serving Palestinian prisoner in Israel: he has spent 33 years, nearly his entire adult life, inside an Israeli prison.

Barghouti was arrested in April of 1978 and charged with taking part in a “commando operation” which killed one Israeli near the West Bank settlement of Halamish.

Both of Barghouti’s parents died during his time in prison, and his sister has been banned from visiting him for the last two years, according to WAFA, the official Palestinian news agency.

“After 30 years in captivity, we are just soldiers returning to our bases,” he told the Palestinian newspaper Falastin.

Barghouti’s cousin, Faher, was arrested in June 1978 – two months after Nael – and has been in prison ever since.

He is also scheduled for release. Faher’s son Hadi was born after his arrest, and the two have only met behind bars, according to an interview in Haaretz.