The United Kingdom’s broadcasting regulator has thrown out a complaint against Al Jazeera for its publication of the so-called Palestine Papers in January 2011, ruling that the coverage was fair and in the public interest.

Monday’s verdict by Ofcom, the UK parliament’s communications watchdog, followed an investigation into a complaint lodged by Saeb Erekat, the former Palestinian chief negotiator, on behalf of the Palestine Liberation Organisation (PLO).

Erekat claimed that Al Jazeera’s English language channel (AJE) had violated his privacy and that of the PLO by publishing more than 1,600 confidential documents detailing Israeli-Palestinian talks over the past decade.

The Palestine Papers, as the leaked documents were called by Al Jazeera, contained minutes of meetings between representatives from the United States, Israel and the Palestinian Authority (PA).

The secret documents became the core of a documentary series aired by Al Jazeera’s English and Arabic channels. Among the many findings was that the PA had offered unprecedented land and security concessions to the Israelis, going further to accommodate Israel than the public had been told.

Erekat, who was present at many meetings detailed in the leaked documents, said he was treated unfairly by journalists and accused AJE of taking his private comments out of context.

Al Jazeera, however, had defended its reporting practices, stating that the journalists who revealed the secret files obtained them from an original source and had checked their veracity. Those involved in the coverage maintained that they offered sources within the PLO chances to respond to findings in the reports.

In its official ruling on the complaint, Ofcom agreed, writing: “Dr Erekat was given an appropriate and timely opportunity to respond to the criticisms of him in the programmes.”

The ruling continued: “To the extent there was an infringement of privacy in relation to obtaining and using documents, the infringement was warranted, given the significant public interest, both in the Middle East and globally, in the issues looked at in the programmes.”

In minutes released in The Palestine Papers, Erekat was found to be frequently critical of Al Jazeera. In an August 18, 2008 meeting, he accused the network of being a tool for unnamed adversaries intent on ruining negotiations with Israel.

Erekat resigned from the PA in the aftermath of the leaked papers in February.

Ahmad bin Jasem Al Thani, Al Jazeera’s director-general, said: “This is a resounding vindication of our journalism, our decision to release the papers, and our handling of it.

“Ofcom’s decision on the claim of an infringement of privacy is a particularly important one. It is the job of journalists to challenge the decisions taken by people in positions of public accountability, and to shine a light in the corridors where important decisions are being taken.” 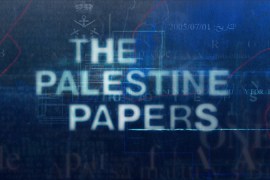 What are these papers? Why are they in English? We answer the most common questions. 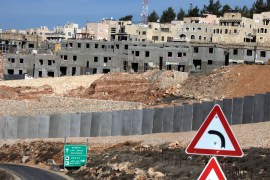