Sudanese expatriate Abdel Aal Hammour recently sat down with some friends over a water pipe in a Doha cafe, but his thoughts were far away. He has lived in Qatar for 10 years, but, like many foreign workers, he remains closely connected to events back home.

For most of this year, Hammour, a 38-year-old quality control officer for Qatar Airways, has been following the aftermath of a January 9 referendum in which the newly named South Sudan voted to separate from the Northern Republic of Sudan and form its own country. The decision, taking effect on Saturday, will leave what was once Africa’s largest nation split in two.

The separation follows a 2005 peace deal that ended some 27 years of civil war between the north and south that killed an estimated 1.5 million Sudanese soldiers and civilians. Even so, many Sudanese are concerned the division may have the same polarising effect on the population.

“Sudan is very unique. It is a mixture, like a beautiful painting with dozens of [colors].  We are Arabs and Africans.  Our land is made up of desert and green,” said Hammour, a native of North Sudan who finds the decision unfortunate.

“The Sudanese people have great sorrow because of this separation.  It’s as if a part of them has been taken away.” The Sudanese Embassy in Doha estimates there are around 35,000 Sudanese expatriates living in Qatar. Like Hammour and his friends, the majority of Sudanese living in Doha, and across the Gulf region, are from the north. For the most part, Northern Sudanese share the same language and religion as other people in the Arab world.

Yet expatriates from South Sudan, which is made up predominately of Christians and people practicing tribal religions, have a very different stance on Saturday’s separation.

“At last we are free,” said Agoyom Akomjo Musellam, senior legal counselor for Qatar Telecommunications in Doha and a native of South Sudan who left in 1995 and has since lived in Saudi Arabia, Oman and Qatar.

“We are free from the bondage of successive political regimes, including the government of Sudan, the Turkish and Egyptian regimes and the British,” he added.

The opinions of all Sudanese are hardly so equally divided along geographic, or ethno-religious lines, explained Santos Oryem, a 25-year Doha resident and employee at Qatar Petroleum. He said that he has many friends from the north and south.

“This is the nature of the Sudanese people,” said Oryem. “The division is only a political one.”

Another Southerner, Veronica Oryem, a lawyer in Doha who was born in Khartoum,viewed the impending division in practical terms: “Southerners were not getting equal opportunities, but we are still one people. I hope visa issues can be resolved between the two countries so the northerners can visit us in the south.”

Yet she is one of many Sudanese who have welcomed the separation.

“This should have happened a long time ago,” she said.

Veronica’s family, as well as southerner Agoyom Musellam, have traveled to Juba, the capital of the new 10-state Republic of South Sudan, to attend festivities to celebrate the formation of the 196th nation in the world and 193rd country inducted into the United Nations.  Veronica’s father is arranging a large feast for family and friends.

“This is an occasion you cannot stay away from,” said Santos Oryem.

Back in Doha, however, the mostly north Sudanese expatriate crowd has little to look forward to on Saturday.

“We are just waiting for the event, but do not have any specific plans,” said Abdul Rahman Bashir Al Tahir, chairman of the Sudanese Community in Doha. He added that some Sudanese may choose to watch the events on television, but he knew of no scheduled gatherings.

Some Sudanese working in Doha, such as businessman Omer Ibrahim Hassan, think that the separation may lead to further conflict in their battle-scarred homeland. Hassan, who moved to Doha from Khartoum only a year ago, admits that southerners were treated like “second-class citizens by the north” and should be able to “taste a bit of independence”.

Still, he said if South Sudan ever chooses to return to an alliance with the north, he would welcome the reunification.

“The whole place is my country,” he said.

As a range of Sudanese expatriates said, the “whole place” will now become two countries which both face a multitude of challenges. Disputes over oil revenue, land rights and minority issues continue to simmer below the surface of any tenuous agreements.

Despite the underlying issues, however, South Sudan’s secession and independence are set for Saturday and history is set to witness, yet again, the emergence of a brand new nation. 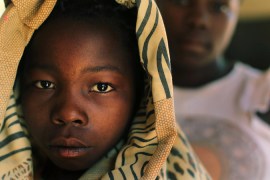 As many refugees return to South Sudan ahead of its official statehood, scarce resources are stretched thin. 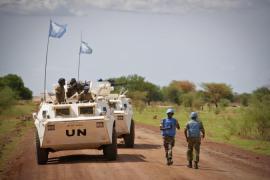