By appointing women to two key ministries this month, Brazilian President Dilma Rousseff has nearly met her goal of having a cabinet comprising at least 30 per cent women, with women in predominant roles at the Planalto Palace, the seat of government.

Rose Marie Muraro, a writer and pioneer of Brazil’s feminist movement in the 1970s who, like Rousseff herself, inspired many of the women in politics today, is enthusiastic.

“The hard core of power is in the hands of women, and that is very important,” said Muraro, who was declared by law a “National Patron of Feminism” by former president Luiz Inácio Lula da Silva (2003-2010).

Muraro is also a role model for women such as Gleisi Hoffmann, who was appointed chief of staff on June 7.

A lawyer and former senator, Hoffmann is nicknamed “the tractor” in the capital’s political circles because of her hard work and ability to get things done. She replaced Antonio Palocci, forced to resign over questions about the sudden 20-fold expansion of his personal fortune.

Although there is no proof of illicit enrichment, Palocci’s position as Rousseff’s “right-hand man” became politically untenable for the governing Workers’ Party (PT) and its allied political forces.

The president, who on July 1 will complete her first six months at the head of a moderate left-wing government, surprised politicians again on June 10 by transferring Ideli Salvatti, one of the most combative PT leaders, from the Fisheries Ministry to the key Institutional Relations Ministry where she will serve as Rousseff’s chief liaison with Congress.

Brazil’s first woman president now has ten women in her cabinet of 38 ministers, so she needs two more to meet her self-imposed target of 30 per cent.

Furthermore, among the so-called “palace ministers” who are in daily contact with events at Planalto and are regarded as the president’s inner circle, women are already in the majority, with three women and two men in these posts. The third woman is Communications Minister Helena Chagas.

This is a good thing for democracy because “women are less corrupt”, Muraro said of the appointments of Hoffmann and Salvatti.

The president is relying on the outspoken Salvatti to maintain harmony in the heterogeneous political alliance that has a majority in Congress.

The changes have led the Brazilian media to dub Planalto the “Women’s Palace” or “Palace of the Amazons”, while coalition senators like Roberto Requião greeted the new development with the words: “Long live Dilma’s matriarchy!”

A poll this month found that 49 per cent of respondents gave Rousseff a high (“good” or “excellent”) approval rating, seven per cent higher than Lula’s rating five months into his presidency, while only ten per cent said she was doing a bad job. Lula is Rousseff’s mentor; she was his chief of staff for five years.

“A woman might be aggressive and harsh, but she thinks about others’ needs before her own interests,” said Muraro, referring to the president and her two new ministers’ shared reputation for being tough – as well as good managers. “Men, on the other hand, think about their own interests first, and afterwards about other people’s,” she said.

The Patron of Feminism cited a United Nations study carried out in 128 countries, which demonstrates that the more power women have, the lower the level of corruption.

She also mentioned the UN Human Development Index, on which countries tend to rank higher when there are greater numbers of women in power, such as can be found in northern Europe.

Political scientist Patricia Rangel of the University of Brasilia told IPS that the appointment of women to key ministerial posts for the first time ever was a historic event.

She said that whatever differences of opinion or doubts people may have about Rousseff’s administration, “it is impossible not to acknowledge the progress this decision represents” for women.

Rangel, an expert on gender, participation and democracy issues, said the feminist view is that a radical transformation of the political system requires that women take power.

This growth of women’s influence must take place “in terms of their actual, physical presence in decision-making positions of power, and in terms of ideas, by placing issues of interest to women on the political agenda”, she said.

“Through the recent appointments, women are conquering power within the logic of a policy aimed at giving women a presence in the country’s government.”

Rangel said another stereotype of women’s participation in government is being broken down in Brazil: the idea that women are best suited to run ministries linked to domestic concerns and caretaking, such as education, health and social affairs, while ministries regarded as “important,” such as those dealing with the economy, industry or defence, remained a niche dominated by men.

“Our patriarchal society perpetuates the idea that ‘politics is for men’, and the political structures and institutions based on patriarchy lock women into functions or fields traditionally identified as feminine,” she said.

That’s why Rangel thinks the breakdown of this kind of “invisible pact” in the world of politics should be celebrated. The presence of more women in key government positions contradicts the traditional “sexist Brazilian policy of the greater the power, the fewer the women”.

An agenda with a gender perspective must be effectively incorporated, as well as making political reforms to promote the greatest possible participation of women in politics and other power bases, said Rangel.

At her swearing-in as president, Rousseff said: “I am here to open doors so that, in the future, many other women can also be president, and so that today, all Brazilian women may feel proud and happy to be women.” She added she wanted “to glorify the life of every Brazilian woman”, and that her “supreme commitment” was to honour women, “protect the weakest and govern for all”.

Anthropologist Solange Dacach, a renowned feminist currently involved in women’s projects as part of the community policing initiative in poor communities, told IPS this year’s advances in women’s participation in Brazil were an “important, but insufficient” first step.

“Now the big challenge is for women to come down from their positions of power and interact with other women,” she said, in order “to open a real communication channel for discussing gender policies that will take into account the vast diversity of Brazil and the cultural, social and economic differences among women”.

Dacach emphasised that there are groups of women who are not yet represented in the corridors of power, such as Afro-Brazilian women, indigenous women, and women who belong to rural, environmental and workers’ movements. She said it was essential to recognise these women and to give them real access to public policies.

“It’s not just a matter of reaching a position of power, but of reaching it with an unlimited capacity to exercise that power,” she stressed. 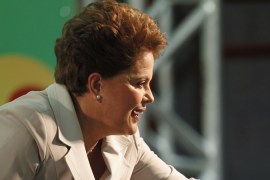 Who is Dilma Rousseff?

Al Jazeera looks at the challenges Brazil’s president-elect is facing as she steps out of the shadow of her predecessor. 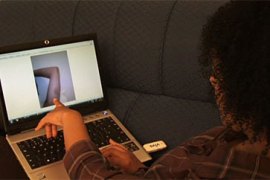 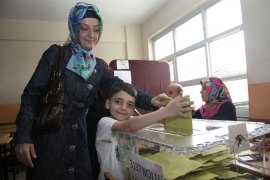 Time for Turkish women’s voices to be heard 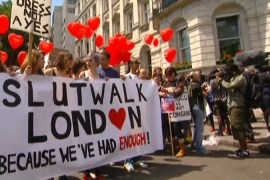 Following protests in Canada, Londoners asserted a woman’s right to choose her attire.