Shannon Rose Hill Cemetery off Highway 180 on the east side of Fort Worth is a typical rolling plot of grey tombstones strewn about in the dry, yellow grass characteristic of Texas winters.

Most of the graves are standard, except the distinct raised tombs which bear embedded photos of the deceased, dressed in their finest and smiling with cigarettes and their loved ones at their sides. These tombs are tagged with blooming pots of scarlet red poinsettias and empty Coke and Dr Pepper soda cans in place of candle adornments.

Evans is the name inscribed on each of these opulent tombs – the Roma clan that has made Fort Worth its home for more than a hundred years. Up the hill, closer to the Shannon Rose Hill Funeral Home, an Evans is having his tomb installed, while nearby members of the clan – or familia, a social structure comprising 20 to 200 members related by blood or marriage – rest on the stone benches of another’s grave.

Two elders, a younger woman, and a middle-aged man named Tom Evans – who looks like a typical businessman on his day off – sip cans of soda and joke about their dead relatives who, as they say, might be “listening in” on their conversation.

They talk over one another, sometimes in English, other times in Romani, a language that is one of the healthiest immigrant dialects in the United States, carried throughout the generations with little threat of endangerment, according to Ian F Hancock, Romani activist and professor of linguistics at the University of Texas at Austin.

When asked about the Roma population in Fort Worth, the eldest woman enunciates, “We are gypsies”, peering out from a headscarf to take another sip of Coke.

“We are the same people as the gypsies in Europe. There is no difference,” finishes the eldest man.

It’s a family routine, explains Tom, as another relative drives up in an SUV and begins to unpack a picnic in the middle of the cemetery. He pulls out bags of potato chips, sandwich materials, sweet treats and more soda. On days off, Tom says his family likes to enjoy a soft drink amongst their dead, leaving the soda can behind as a momento.

For decades, the Evans were chronicled in the Dallas newspaper. Droves of clan members were reported at local hospitals, once in 1954 when their 75-year-old elder, Rosie Evans, suffered an injury, and again in 1970 for another clan member’s cancer operation.

The Evans clan has long been known for leadership and literacy. In 1976, “lieutenant” Sam Evans, an advocate for the education of Roma children, told the Dallas Morning News: “People in the United States treat us pretty right … I’m as American as I can be.”

Not far from the cemetery is the suburban neighbourhood of White Settlement, Fort Worth. Flat, generic and strewn with fuel stations, odd shops and intersecting residential streets, the region appears untouched by the gentrification of big box stores just beyond the overpass.

Parks of mobile homes are a frequent sight, some of which have been bought by Roma families. White Settlement is also home to the Greenhorns, a group of “Irish Travellers” – nomadic clans that, similar to the Roma reputation, move about the country doing house repairs and other odd jobs.

Along with Houston, the city of Fort Worth holds the largest population of Roma in the state of Texas, which is home to about 20,000 Romani Americans – most of which are Romanichal and Vlax – out of a national population of around one million.

The Vlax are typically Eastern Orthodox and celebrate both Christmas and Easter, while the Romanichals remain predominately Protestant.

A fair number of Roma from both groups have also become “born-again” Christians, a choice that has been met with disdain from those who consider the new faith an impedance on the cultural behaviour of the Roma, such as fortune telling and arranged marriages.

Although the United States is home to several other Romani populations, Hancock’s prognosis is that differences in dialects keep the groups separate with very little social interaction.

Revelry among clans has been reported by the Dallas Morning News as far back as 1951, when six Roma clans swarmed into Dallas, threatening warfare after the shooting of a 15-year-old boy belonging to the Green tribe, allegedly shot by a member of the Evans.

Since the fall of communism in Eastern Europe, however, along with a subsequent rise of ethnic nationalism and race-related violence, an increasing number of Roma have migrated to the United States, but are still largely the least integrated ethnic group in America, along with Native Americans.

“In America it’s more of a bureaucratic marginalisation. It’s kind of a Kafka-esque process of racism on paper,” says Sani Rifati, president of the California-based non-profit organisation Voice of Roma (VoR), which promotes and presents Romani cultural arts and traditions to contribute to the preservation and education of Romani identity and culture. “A Liberal Democrat will pitch tolerance, which is just really words in the air. In Europe, the racism is more out in the open.”

In Hancock’s opinion, segregation between Roma and the rest of America can be attributed to both sides. Though Roma do associate with the gadje (non-Roma) for basic economic needs, most of their traditions kept today in the United States – such as kris, or Romani tribunal, a custom of the Vlax that serves as a type of court within the community held several times a year in either Fort Worth or Houston – work to keep them on the fringe of society for fear that interference from non-Roma could potentially “taint” the Roma way.

“There is a good reason why Roma separate themselves from non-Roma, it’s a form of protection,” says Rifati. “If you look at the non-Roma communities throughout the world, they’re not so kind to Roma,” Rifati continues. “You have this form of protection with other groups like the Amish, who don’t live with any Western values, or Orthodox Jews. In Roma culture the most important value is the family and the clan. If you don’t protect that then you are completely lost.”

But Hancock is concerned that if Romani Americans continue to dismiss the mainstream from accepting their lifestyle and identity, they will further disappear into the ethnic ambiguity and threaten the longevity of their culture.

Roma who reside in the United States have been unofficially coined “the hidden Americans”, on account of their “invisibility” among other ethnic groups, due to their dark skin and hair, which can often be mistaken for Hispanic, southern European or American Indian.

The promotion of racism and the peripheral lifestyle of many Romani Americans is further encouraged “by adhering to the Hollywood ‘Gypsy’ stereotype and not understanding actual Roma”, says Hancock. Of a similar opinion, Voice of Roma (VoR) makes nation-wide efforts to de-bunk the fairytale image of caravans, spirits, kings and queens.

Originally from Kosovo, Sani Rifati came to the United States in 1993 and found a country that, in his opinion, was based on individuals and lacked community involvement. Says Rifati: “In general, Americans are really ignorant about Roma.”

“Everybody can be a Gypsy expert in America,” he continues, “because they feel it’s their freedom to speak on my behalf. And I say, let me take the first shot and I’ll tell you who I am. But before we dance, let’s have a dialogue. So that’s another part of what we do here in America. We fight very tirelessly to have Gypsy art recognised, and not just as a circus.”

Promoting “untouchability” even extends as far as education, as some Roma in Texas and the rest of the United States pull their children from schools once they’ve reached puberty. Most of the younger generations of American Roma do not use the Romani language, speaking more English and even Spanish in states such as Texas and California.

“In general, Roma are not fit for the educational system because of prejudices,” says Rifati. “We have a very familiar phenomenon with Native Americans in the United States.” Young and uneducated American Roma face high rates of suicide, with the outside world seemingly having little to offer.

“I had to fight the Serbian establishment because they didn’t want to educate a ‘gypsy’ in their classroom,” recalls Rifati. “I had to work five times harder than other Serbian students in order to get good grades.”

RADOC and Voice of Roma

Apart from being a Romani-born activist, international spokesperson and scholar Ian F Hancock is an official ambassador to the United Nations and UNICEF, representing the world’s 15 million Romanies. Having been raised in a traditional Romani family in London and experiencing discrimination, alienation and abuse from the law within his community, Hancock was given a unique opportunity to study within the doctoral programme at University College London, as part of then-Prime Minister Harold Wilson’s dedication to affirmative action.

Hancock launched the first Romani Studies programme at the University of Texas at Austin, which has become the leading US centre for studies on Romani history, language and culture. As an extension of the programme, Hancock established the Romani Archives and Documentation Center (RADOC) at the university, which is the largest collection of Romani materials in the world, consisting of over 10,000 books, monographs, bound articles, prints, photos and documents.

Contrary to a popular belief that all Roma in Europe are uneducated, Sani Rifati holds a Masters in Chemistry and comes from a generation in former Yugoslavia that was allowed certain educational privileges. Finding work, however, was another battle.

When Rifati moved to the United States, he says he was quite ignorant about his own culture. But he thanks Hancock for helping him not only to better understand his culture, but to feel good about it too.

Voice of Roma has devoted 2011 to festivals that will raise funds to protect Roma refugees of former Yugoslavia. Rifati says: “We also have written expert testimony to stop the deportation from France, Germany and Italy. We’re doing a lot of actions, while at the same time trying to preserve the Roma culture.” 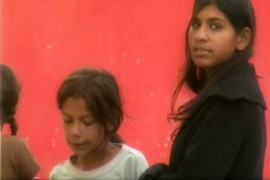 Abandoned by the world

Al Jazeera looks at the plight of stateless people. 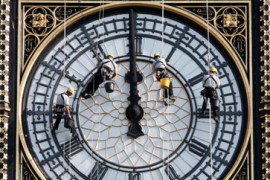 Watch a selection of the best Witness documentaries from Europe. 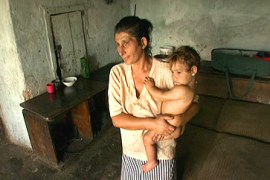 An emerging band in the Czech Republic mixes traditional gypsy music with hip hop and rap – and has a message that some people may not want to hear.