“A swamp of corruption ruled by elderly men who have benefitted from sleaze and impunity” is just one of numerous unflattering descriptions used to depict Kenya in the past few days.

Thanks to the uncomplimentary leaked cables on the whistle-blower website, WikiLeaks, Kenyan leaders now know the real view the US government holds of them and their country. But Michael Ranneberger, the US’ ambassador to Kenya, might soon get relief from the angry raves and rants of Kenyan politicians incensed by the contents of the cables he sent to Washington.

About to take his unenviable position is the chief prosecutor of the International Criminal Court (ICC).

On Wednesday, Louis Moreno Ocampo named six suspected masterminds of the 2007 post-election unrest that took Kenya to the verge of civil war. Uhuru Kenyatta, the finance minister and Henry Kosgey the minister for industrialisation and Kenya’s deputy prime minister were among the people who were charged.

Ocampo’s move could alter Kenya’s political landscape forever. That is if he has his way.

Two of the suspects are prominent personalities who have already declared an interest in running for the presidency in 2012 when Mwai Kibaki, the current president, retires. They are also tribal kingpins who wield considerable clout among their people in this ethnically divided nation.

So it is highly unlikely that they will be casually handed over to the court at The Hague.

Members of parliament allied to the suspects, loudly claim that the ICC process “is no longer judicial but political” and that it is designed to favour Raila Odinga, the prime minister and Kibaki’s main challenger in 2007, by removing two of his main rivals from the political scene.

And signs that the Kenyan government is willing to renege on every promise it took in the past to cooperate with the ICC are also emerging.

After a crisis cabinet meeting on Monday, Kibaki pledged to establish a local tribunal to try election violence suspects in an attempt to stop the court. Yet for the past three years the government has appeared reluctant to prosecute perpetrators of the post-election violence.

Odinga’s wing of the coalition government, however, disagrees with Kibaki’s position. It is in support of an ICC role in trying suspects.

Kibaki’s move followed a legal filing in The Hague by William Ruto, a former cabinet minister linked to the violence, to stop Ocampo from naming any suspects. He is so far the only suspect to have publicly confirmed being on Ocampo’s list.

Speaking to Al Jazeera in his Eldoret home, Ruto, the kingpin of the Kalenjin – the largest ethnic group in the volatile Rift Valley Region said: “I will defend myself against any unfair treatment. I am passing through a really tough time. All these frivolous allegations against me are having a huge effect on me and my family.”

Opinion polls however suggest most Kenyans support the ICC process, which they hope will at last deliver justice for violence victims and shatter the impunity long enjoyed by the country’s leadership.

For the victims of the worst violence in Kenya’s history, the journey has been long and torturous. Many have been reduced to beggars after the political chaos threw them out of their homes.

Yet others have succumbed to diseases at various displacement camps. Many children dropped out of school to fend for their orphaned siblings.

And as the ICC process to try the Kenyan suspects gets underway, all eyes rest on the country’s ruling class. Will they give them justice or deny them and let impunity reign as before? 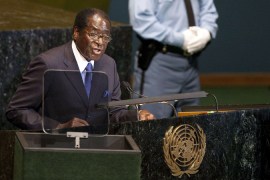 Rising levels of drug abuse have resulted in an increase in HIV cases.