The final silverware of the tennis season was claimed by Roger Federer at London’s O2 arena on Sunday, as the Swiss champion beat Rafael Nadal 6-3, 3-6, 6-1 to win the ATP World Tour Finals.

Federer gave Nadal little chance to mount a challenge in their 22nd meeting, producing a barrage of winners to take the season-ending title for a record-equalling fifth time.

The 29-year-old clinched victory in one hour 37 minutes when he looped a forehand on to the baseline – his 32nd winner of the match, and netted himself a cool $1.6 million jackpot.

Federer won an incredible 92 per cent of the points played on his first serve in the final, and lost only 13 points on serve in the entire match.

Nadal, the top-ranked Spaniard who won the French Open, Wimbledon and the US Open this year, was able to break Federer once in the second set, but he appeared to tire as the match wore on.

On Saturday, Nadal spent more than three hours and three sets beating Andy Murray to reach the final of the tournament for the first time in his career.

“I know I didn’t spoil his vacation after this because he’s had an amazing year,” Federer said.

“A year that any player dreams of.”

The win cut Nadal’s career record to 14-8 against the second-ranked Swiss.

In Grand Slam finals, Nadal is 5-2 against Federer, but Federer has now beaten Nadal all three times they have faced each other in the final tournament of the season.

In the first set, Federer lost only three points on his serve, and broke Nadal once. He then lost five points on serve in both the second and third sets, but four of them came in one game, giving Nadal his only break of the match.

Federer has won a record 16 Grand Slam titles, the last coming at this year’s Australian Open. But after ending his semi-final streak at major championships at Roland Garros and then faltering at the last two Grand Slam tournaments, Federer has played some of his best tennis this week in London.

He won all three of his round-robin matches in straight sets, and then swept Novak Djokovic on Saturday to reach the final.

“You played unbelievable all during the week,” Nadal said to Federer on court after the match.

“So well done for everything.” 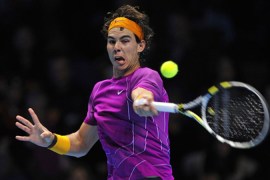 World number one edges past Andy Murray to book his place in the final of the ATP World Tour Finals. 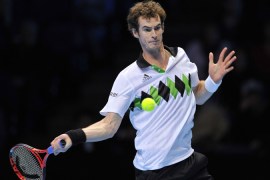 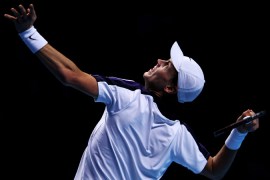 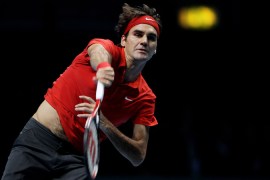