It is hard to imagine what Che Guevara, the legendary communist revolutionary, would make of Cuba’s plan to lay off 500,000 state workers by 2011 as the island moves closer to a market economy.

Since his death in 1967 at the hands of US-backed forces in Bolivia, Guevara’s iconic image has been used to sell everything from soda pop to cheap Chinese made t-shirts. Even symbols of socialism have great commercial value, suggesting the philosophies that motivated Guevara resonate on some level with a wide variety of people.

Given this “revolutionary” legacy, market reforms might not spell the end for Cuban socialism, which has outlasted ten US presidents since the 1959 revolution.

“Che would have understood that Cuba exists in the real world,” Isaac Saney, a Marxist scholar and author of Cuba: A Revolution in Motion, told Al Jazeera. “You have to be able to live within your means and the state sector itself can no longer carry people who are not involved in productive activities.”

Presently, Cuba’s socialist government employs about 90 per cent of the labour force, according to John Kirk, a professor at Dalhousie University in Canada, who has worked as a translator for Aleida Guevara, Che’s daughter.

“You’ll often have two or three bus drivers sharing the work of driving one bus … the bottom line is that the Cuban economy is not efficient,” Kirk told Al Jazeera.

At first glance, the massive lay offs may look like Cuba’s adoption of neoliberalism, with Raul Castro, Cuba’s president, taking on the role of a Latino Margaret Thatcher or Ronald Reagan – western politicians who gutted the public sector in favour of private enterprise and profit.

Kirk suggested that “the laid off people will work in three basic employment groups”.

“The largest portion will keep doing what they have already been doing – [illegally running small businesses]. The underground economy in Cuba is massive. The second largest group will go into farming. They don’t want to do it but there is no alternative, and the government will make growing veggies attractive. The third group will go work for foreign investors.”

In an attempt to avoid the massive inequality and dislocation that often follow market reforms, Cuba has vowed to maintain its public health and education systems. These so-called “jewels” of the revolution, which don’t fit into the ideology of free market capitalism, have garnered praise from the United Nations, International Monetary Fund and many other international bodies.

“Cuba demonstrates how much nations can do with the resources they have if they focus on the right priorities – health, education, and literacy,” Kofi Annan, the former UN secretary general, said in 2000.

Even after market reforms come into effect, Kirk says Cuba will still “have the best statistics for infant mortality and literacy in the developing world.”

These public services provided by a socialist government may, ironically, be Cuba’s ticket to a successful transition towards a market economy.

“Biotechnology exports earned Cuba approximately $300m last year, and they continue growing,” Kirk said. “They produce 83 per cent of their own pharmaceutical products. The drugs are cheap and they don’t depend on [Western pharmaceutical] cartels.”

As nations in the global South search for cheaper drugs – lifesaving products that are not priced out of the poor’s reach by Western drug companies – Cuba’s well educated population could stand to benefit.

But for now, tourism and nickel mining, along with remittances from Cubans living abroad, are the country’s largest sources of foreign currency.

Biotechnology development and other advanced, knowledge intensive, export businesses which utilise the country’s high levels of education, are hampered by a lack of investment capital, outdated machinery, and government red-tape.

Colin MacDonald, a Canadian businessman who chairs the board of directors at Clearwater Seafoods Limited, a multinational fisheries company, experienced some of these economic irritants first hand.

He visited Cuba at the government’s request several years ago as a consultant to the island’s lobster industry, and what he experienced could be analogous to broader economic set backs.

During processing, lobsters need to be moved from ambient to cold water tanks to keep them healthy and tasty. “The cold water tank at the Cuban operation was broken and everyone knew it. Nobody reported it, including local management, as they did not want to be the messenger with bad news,” MacDonald told Al Jazeera.

“The workers continued moving the lobsters as if the cold water tanks worked, which meant they would experience high mortality” when they were shipped to overseas markets.

“The system was organised so people were disincentified to do a good job as they were paid, in money and compliments, the same no matter how well they did or did not do the job,” the businessman said, underlying some of the historical critiques of socialism as an economic system.

The average government employee in Cuba earns about $20 per month, although food, accommodations and other necessities are heavily subsidised.

Some analysts believe Cuba will follow the economic trajectory set out by Deng Xiaoping, China’s former leader, who proclaimed “getting rich is glorious” when he opened the country to market reforms in the 1980s. Or nominally communist Vietnam, which is experiencing high levels of economic growth due to a similar set of policies called Doi Moi or the opening.

But Isaac Saney doesn’t see that happening. “Unlike [China or] Vietnam, Cuba has faced 50 years of financial and commercial blockades from the US.”

The US first imposed a trade embargo in 1960, one year after Fidel Castro, Che Guevara and other revolutionaries overthrew the US-backed dictator Fulgencio Batista.

“So much hinges on the US normalising relations. That is the logical market for investment and exports,” Kirk said. Despite the embargo, much of the seed money for new small business is expected to come from Cuban’s living abroad, particularly in Miami.

With the fall of the Berlin Wall, it became fashionable for western intellectuals to link economic liberalisation with political freedom. But with the rise of state capitalism in single-party states like China and Vietnam, along with rapid growth in other market-orientated non-democratic countries such as the United Arab Emirates and Qatar, that interpretation does not seem correct.

Cuba remains a one party state with heavily censored media controlled by the ruling communist party. In a country with almost universal literacy and high rates of university education, Cubans deserve something better than Granma newspaper which carries “a very dry, one dimensional party line,” according to Kirk.

Some hardliners in the government fear economic openings could lead to renewed violence from the US, who backed Cuban exiles linked to the mafia in an unsuccessful attempt to invade the island in 1961 at the Bay of Pigs.

Since then, the US has tried to assassinate Fidel Castro, the former Cuban president and Raul’s brother, on several occasions. An exploding cigar was reportedly one of the plans.

“The [US] state department has already set up shop for people who want to work for ‘civil society’ in Cuba to build institutions to bring down the government,” Kirk said.

During the revolution in 1959, Delia Luisa Lopez Garcia was a student radical coordinating armed campaigns at the University of Havana, where she is now a professor of economics. Standing four feet, ten inches tall, Dr Garcia is fully trained with an AK-47 assault rifle and embodies much of the intellectual culture of socialist Cuba.

“After the end of the Cold War, it seemed as though the neoliberals won,” she told Al Jazeera during a 2007 interview in Havana, Cuba’s capital. Most observers in the US believed Cuban socialism would collapse along with the Soviet Union.

“Now, in many places, neoliberalism has been rejected because it was not successful,” Garcia said. “Brazil kicked out the IMF [International Monetary Fund], as did Argentina… States need to take power back from companies in order to have control over economic policies.”

In the wake of the 2008 economic crisis, when western governments spent hundreds of billions of dollars in public funds bailing out banks, it was Nicolas Sarkozy, France’s conservative president, who proclaimed the end of “Anglo-Saxon capitalism”.

“The approach in the media is that the Cuban revolution is on the skids,” Kirk said. “Before you throw out the baby with the bathwater, look at what is happening in the rest of the world … look at capitalism, look at the bailouts and the recession.”

As the global financial crisis holds large economies for ransom, it seems ironic that Cuba’s economy breaks a long held tradition and edges closer towards the free market system.

However, with many different models of capitalism practiced throughout the world, there is nothing to prevent Cuba from defining a distinct system, appropriate to its modern history and better suited to its ideals.

Whether or not Che Guevara would support Cuba’s economic changes is a matter for biographers, historians, and activists to try and decide because, in the next few years, Cubans are going to be busy cutting hair, growing crops, fixing tractors and seeking foreign investment. 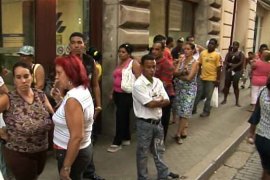 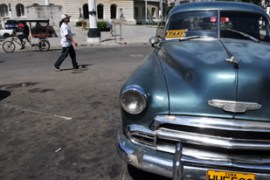 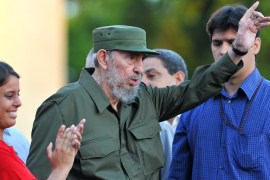