Fearing that an armed man who killed 13 people and wounded 31 others at a military facility in Texas, may have been Muslim, US Islamic groups were bracing themselves for a public backlash against the faith.

The assailant, an army psychiatrist identified as Nidal Malik Hasan, was wounded at the scene but was captured alive and was in stable condition.

Salam al-Marayati, the executive director of the Muslim Public Affairs Council in the US, told Al Jazeera: “We are concerned about backlash against Muslim Americans, because the culprit happens to be of Arab and apparently Muslim background. As a result, there is probably going to be some scapegoating because of his background against the Muslim American community.

“We have received word that there are already some threats that are being made against mosques here in America. There are people who exploit these situations – they are in the blogosphere and on talk shows. However, the majority of the American media has been very responsible in trying to really tone down any kind of anti-Muslim rhetoric at this point.

“At this point we are being a little bit cautious and on a heightened state of alert in our mosques. We are working with law enforcement closely in co-ordination to make sure our places of interest are given extra security. But at the same time [we are] reassuring our community to continue with their business and to continue being a part of the fabric of American society.”

The Associated Press, quoted US law enforcement officials, as saying that Hasan had come to their attention at least six months ago because of internet postings that discussed suicide bombings and other threats.

The officials said they were still trying to confirm that he was the author. 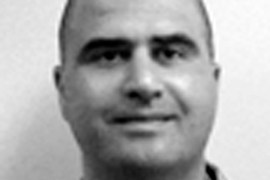 Deaths in US army base shooting

Army psychiatrist in custody after killing 13 people and wounding 28 at Texas Ford Hood base. 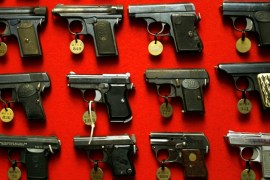 A glance at some of the worst mass shootings in the United States over the past 25 years. 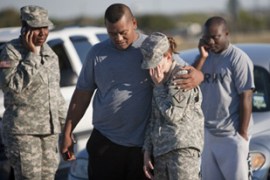 Mass shooting at US army base

Twelve killed and 31 hurt in attack at Ford Hood base in Texas, army says.