has over 10 years of experience in international journalism including roles with the UK’s BBC News 24 and BBC World and with US networks NBC and CNBC Europe.
At the BBC she worked on the interview show HardTalk and on many major news stories such as the Iraq war, the Asian Tsunami and the terrorist bombings in Bali and in London.
She also covered the 1997 Hong Kong handover for NBC and the 2004 Cannes Film Festival.

Teymoor Nabili joined Al Jazeera English from CNBC Asia in Singapore where he had been anchor since 2001.
Previous roles include news anchor for BBC Television in London, and anchor for European Business News.
Winner of ‘Best News Presenter/Anchor’ at the Asian TV Awards in 2005.
Teymoor has also received awards from the UK Royal Television Society for his coverage of the Utah Olympic bribery scandal, and from the New York Awards for reporting on economic development in Malaysia.
Reporting highlights include covering the September 11 terrorist attack on New York City for Channel 4 News and the Asian tsunami from Sri Lanka for CNBC.

She joined the channel from CNN International based first in Atlanta US and since early 2000 in Asia.
Prior to that, she worked with BBC World Television and BBC World Service Radio in London presenting news bulletins and feature programmes, including The Week and Asia Today. 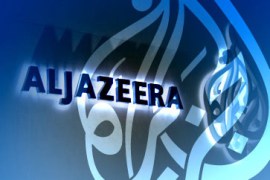