Al Jazeera has become front page news in Morocco with most newspapers devoting their headlines and editorials to the channel’s coverage of the protests in the southwestern port city of Sidi Ifni and the trial of Hassan Rachidi, its bureau chief in Rabat, on charges of providing false information.

While some lashed out at Al Jazeera, accusing it of circulating false stories to tarnish the image of the country, others stood by the channel.

Relations between Morocco and the Doha-based channel have deteriorated sharply of late. First Al Jazeera was banned from broadcasting a daily news bulletin on North Africa.

The decision according to Khalid Naciri, Moroccan communication minister and official spokesman of the government, was due to technical and legal issues.

“There’s no room for giving this decision a political dimension,” Naciri was quoted as saying at a news conference following a weekly cabinet meeting.

Ties further strained when Al Jazeera, quoting a human rights group, reported that some people had been killed in a clash between angry protesters and security forces in Sidi Ifni on June 7.

Though Al Jazeera reported the government’s denial, its bureau chief in Rabat was indicted for publishing erroneous news. His trial has been set for July 1.

“Al Jareeza, which has claimed since its foundation twelve years ago, the inviolability possession of absolute truth after God, is still resisting admission of mistakes it has committed in covering Sidi Ifni events,” he wrote.

“If Al Jazeera has chosen to admit, its grave professional mistakes could have been forgiven.”

“It is an escape forward. Instead of apologising for its repeated professional mistakes against Morocco, Al Jazeera has chosen to proceed in committing more mistakes to cover its subjective handling of a very normal event.”

“Whenever the government finds itself in a situation it does not know what to do, it arrests journalists,” it wrote.

Columnist Jamal Badouma said: “If Al Jazeera was taken to court for publishing false information, I do not understand why Abbas Al Fassi, the Moroccan prime minister, and the state-owned TV channel 2M are not taken to court as well based on the same grounds?

“Is it not denial of protests taking place in Sidi Ifni also false information?”

The daily also carried a story saying that lawyer Khalid Soufiani had decided to defend Al Jazeera for free.

TelQuel, a Casablanca-based French daily, wondered whether Morocco would join the path of some other Arab countries in severing its relations with Al Jazeera, and described the current standoff as becoming “the talk of town”.

“Al Jazeera, which is largely watched from Tangier to Sidi Ifni, has become a sort of the talk of town. For weeks the two sides have been engaged in politico-juridical row, with none of the protagonists seems ready to throw in the towel,” it wrote.

Another French language newspaper Le Journal carried a Q&A interview with Mohammed El Oifi, a specialist in Arab media, who categorically denied that Al Jazeera had committed any professional mistakes in its Sidi Ifni coverage.

While the Arabic daily Al Massae reported about a campaign launched on the FaceBook website in solidarity with the Al Jazeera bureau chief under the slogan “We are all Hassan Rachidi”.

The newspaper said that the campaign was kicked off after Moroccan authorities deprived Rachidi of his press accreditation.

“Two days after the launch of the campaign, organisers received around 100 supportive signatories from all over the world.” it said.

In another edition, Al Massae quoted a powerful general as jokingly asking Rachidi at a reception recently hosted by the British embassy in Rabat: “Are you still at large?” 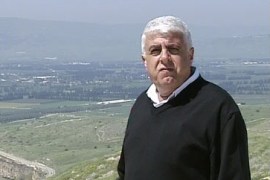 Al Jazeera: No apology to Rabat 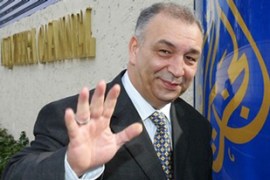 Adjournment to be sought to prepare for the defence of channel’s bureau chief.