Politics, Media & Misinformation –
The Arab World and the South in Focus

Great differences exist when media organizations both within and beyond the Arab World cover conflict.

Even the scale of events has great variance and the number of casualties, the perpetrators and the victims can at times have their roles reversed.

Did major policy issues surrounding the greater War on Terror, and specifically the War in Iraq undergo the appropriate level of scrutiny?

Did the calls for Patriotism regarding the War on Terror by the US administration, directly affect the impartiality of the mainstream US press?

Did the psychological effects of 9/11, re-prioritize the substantive nature of the Press?

Does the closing of news bureaus in the Arab world by Arab governments hinder the transparency of coverage needed for proper information to be circulated on the path to democracy and reform in the region?

Has journalism lost touch with its capacity to challenge authority and truly keep the public informed and watch their backs from abuses of power? 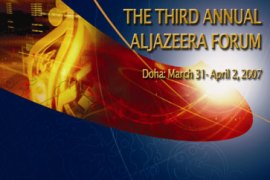