About 20 million Americans quit their jobs in the first five months of this year, in what’s come to be known as the Great Resignation. Many now regret the decision, according to a new survey.

More than one-quarter of those who left work are reconsidering whether they made the right move, according to a study of more than 15,000 job seekers conducted over the past three months by Joblist, an artificial intelligence job-search platform.

The surge in resignations has been linked to Covid risks in the workplace, new opportunities created by work-from-home, and a general sense that Americans have been rethinking their professional lives amid the turmoil of a pandemic. The level of job quits this year is roughly double what it was a decade ago. 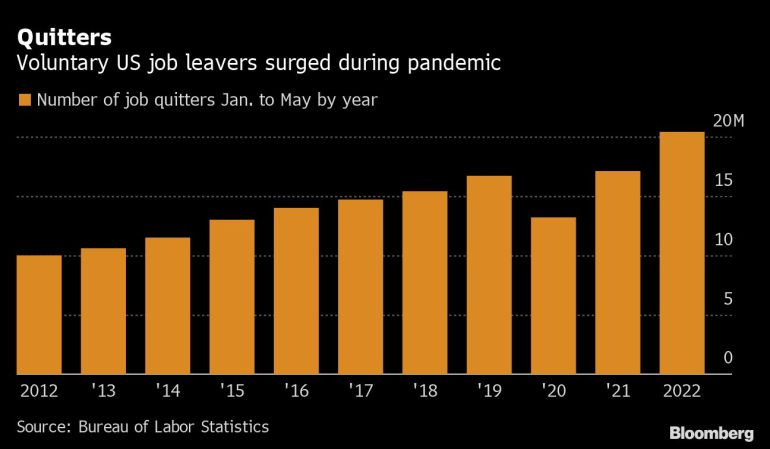 But the Joblist survey found a range of reasons why some of those who left are having second thoughts.

Many Americans now feel more urgency to find work amid signs that job-market conditions are poised to change. About half of job-seekers anticipate that the labor market will get worse over the next six months. Also, among those who found a new job after quitting, 42% say that it hasn’t lived up to their expectations.

Some also found that they missed colleagues. “Social connection is often an underrated one,” says Kevin Harrington, Jobseek’s CEO. “Many people spend as much time at work as they do with family and friends. For those who build strong personal relationships with colleagues, it can make a huge impact on how they view their job and how likely they are to stay in it.” 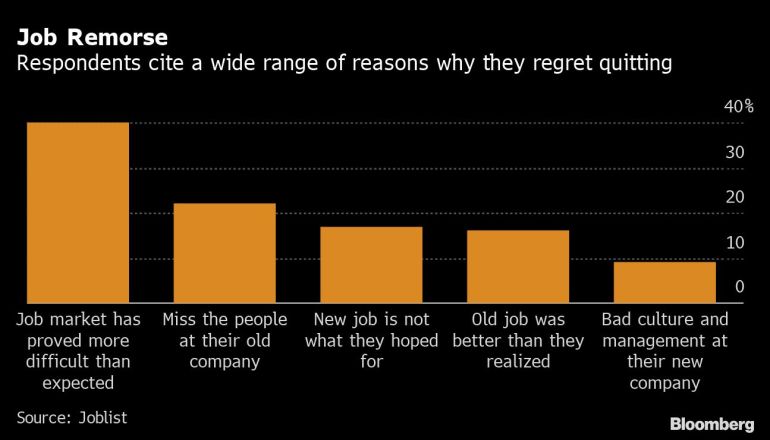 The level of regret varied by profession. Health-care workers, placed under immense strain by the pandemic, were the least likely to feel that they made a mistake, according to the Joblist survey, with just 14% of those who quit their jobs saying they regret it.