The Federal Open Market Committee “will continue tightening monetary policy methodically through a series of interest rate increases and by starting to reduce the balance sheet at a rapid pace as soon as our May meeting,”  Brainard said on Tuesday in remarks prepared for a speech to the Minneapolis Fed.

The U.S. central bank ended asset purchases last month and raised interest rates a quarter percentage point, while forecasting at least six more increases for the rest of this year to curb the hottest inflation in four decades. Brainard’s comments raised the significance of asset runoff to the FOMC’s sense of overall tightening.

“The reduction in the balance sheet will contribute to monetary policy tightening over and above the expected increases in the policy rate reflected in market pricing and the committee’s Summary of Economic Projections,” she said, referring to the Fed’s quarterly forecasts.

Brainard, who is awaiting Senate confirmation to become Fed vice chair, said Russia’s invasion of Ukraine is a “seismic” geopolitical risk and human tragedy that skews inflation risk to the upside.

The consumer price index soared 7.9% in February, the most since 1982. The Fed’s 2% inflation target is based on a separate measure, the personal consumption expenditures price index, which rose 6.4% in the 12 months through February. 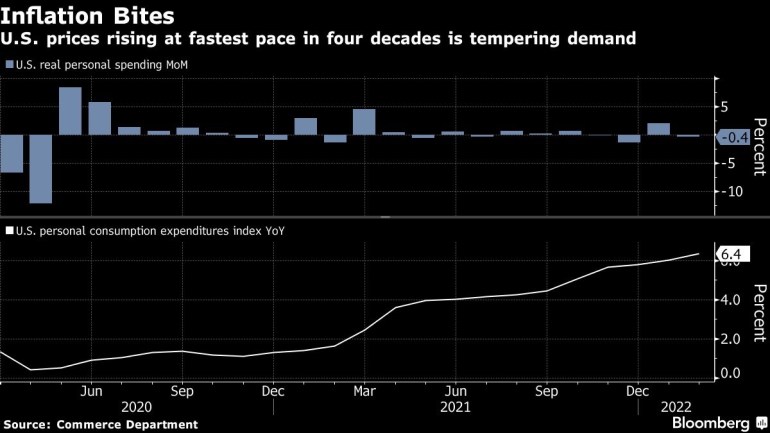 She spent much of her remarks describing how inflation has diverse impacts across income brackets, with lower-earning households spending 77% of their income on necessities versus 31% for higher-income households.

Brainard’s policy comments suggest she is somewhere near the median estimate of seven rate increases this year, but also prepared to go faster if inflation doesn’t subside.

“Currently, inflation is much too high and is subject to upside risks,” she said. “The committee is prepared to take stronger action if indicators of inflation and inflation expectations indicate that such action is warranted.”

“On the other side, I am attentive to signals from the yield curve at different horizons and from other data that might suggest increased downside risks to activity,” she said.

Investors bet that the Fed will raise rates by a half point at its May meeting. Brainard did not make it clear where she stood on that point and was not asked directly about it during the moderated question-and-answer session that followed her prepared remarks.

But Kansas City Fed President Esther George said a half-point increase would be on the table when policy makers meet next month.

“I think that 50 basis points is going to be an option that we’ll have to consider,” she said in a Bloomberg Television interview with Michael McKee. “We have to be very deliberate and intentional as we remove this accommodation.”

(Updates with comments by Fed’s George in final paragraph.)