It took just 17 months for Apple Inc’s stock market valuation to surge from $2 trillion to $3 trillion. Shares of the iPhone maker briefly hit $182.88 during trading on Monday – enough to secure Apple the coveted crown of becoming the first publicly traded company on the planet to cross the $3 trillion market capitalisation mark.

Market capitalisation or “market cap” is a measure of a company’s total market dollar value based on its stock price, and is calculated by multiplying the total number of a company’s outstanding shares by the current market price of one share. 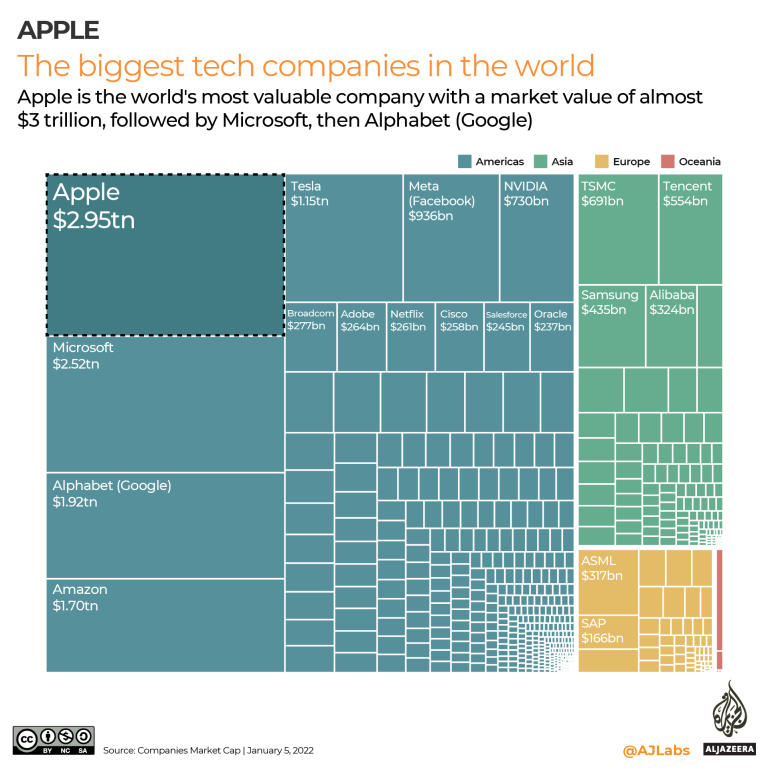 If Apple was a country

Since January 2007, when the late Apple co-founder and CEO Steve Jobs unveiled the first iPhone, shares of the Silicon Valley giant have gained 5,800 percent. 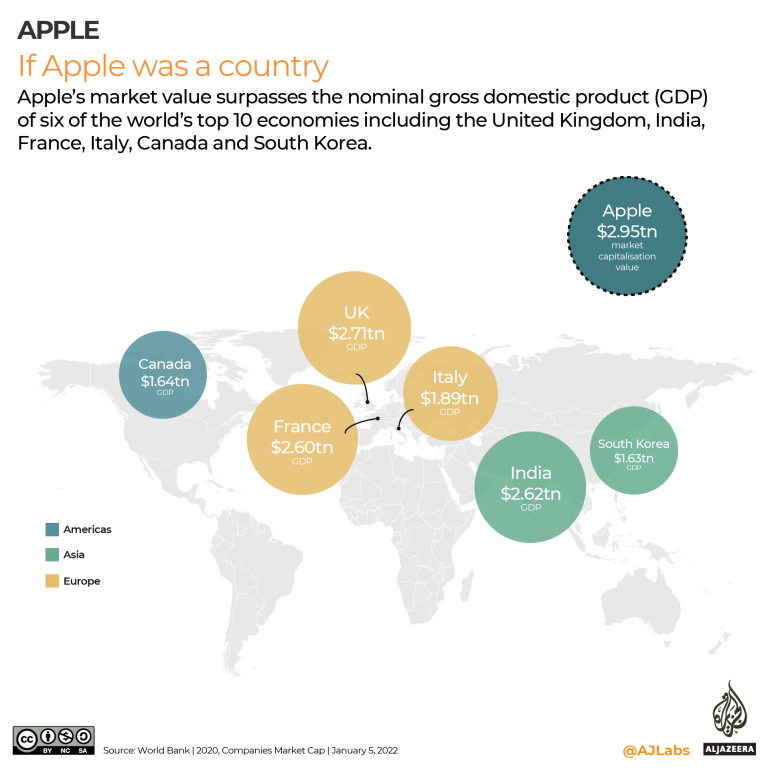 Apple’s rise has been relentless in recent years. Back in August 2018, it became the first United States firm to surpass $1 trillion in market value. It blew past the $2 trillion mark only two years later in August 2020.

Apple is now at the top of the pyramid among all global companies by market cap, followed by Microsoft ($2.52 trillion), Alphabet ($1.92 trillion) then Saudi Aramco ($1.91 trillion) as a non-tech company in fourth place.