Mexico City, Mexico – Legal cannabis is coming to Mexico, and many foreign investors are chomping at the bit.

Mexico has been inching closer and closer to full legalisation ever since its Supreme Court of Justice ruled in 2018 that banning the drug was unconstitutional. In January, the country’s health ministry laid out regulations for its use for medical purposes.

Now, a bill to legalise recreational use by people over the age of 18 is in the hands of the country’s Senate of the Republic, which is expected to vote on it this month.

There is plenty of money to be made: the size of the medical cannabis market alone in Mexico is expected to reach $249.6m by 2025, according to an analysis by United States-based consultancy Grand View Research.

Major global cannabis firms such as Canopy Growth, Biomedican and Aurora Cannabis have been keeping a close eye on the legislative developments in Mexico with a view to profit from a countrywide market once the legalisation bill passes.

For Andres Fajardo, president of multinational cannabis company Clever Leaves, legal cannabis is set to have a nothing less than “transformative” effect on Mexico, “generating proper paying jobs or generating formal employment” along with providing new pharmaceutical options for people in need of medical care, he told Al Jazeera.

Advocates for legalisation have also claimed that sanctioning the drug will reduce the violence that comes with narcotrafficking.

Cannabis has long been an important product for Mexico’s drug cartels and the hope has been that legalisation will deprive organised criminal groups of income and reduce battles over territory for growing the plant.

But whether legalising cannabis will solve the country’s violence problem remains to be seen, as does legal cannabis firms’ ability to navigate an industry whose illicit nature has historically made it rife with corruption and extortion.

Risks of violence and extortion

There’s no denying that doing business in Mexico comes with risks of violence, theft and corruption. The country ranks 124 out of 180 worldwide on Transparency International’s 2020 Corruption Perceptions Index.

In recent years, foreign mining corporations, food distribution companies and a Coca-Cola distribution plant have all shuttered operations in Mexico due to security concerns.

A 2018 survey by the American Chamber of Commerce of Mexico polled 415 executives and directors in departments related to business security and found that 42.1 percent of respondents said their companies had suffered attacks to supply-chain transport in the previous 12 months.

Arcos said extortion is of particular concern to companies doing business in Mexico.

“Perpetrators target businesses based on their perceived chances of success in coercing businesses to cede to their demands, which typically involve one-off or regular payments,” he told Al Jazeera.

Coercion sometimes involves the threat or act of armed violence, kidnappings, and theft or robbery of machinery in order to exact payment from the victim for “protection” from the perpetrator.

“At the heart of extortion is protection, not necessarily violence,” Maria Teresa Martinez Trujillo, a professor and researcher at Monterrey Technological College, told Al Jazeera. “In the workplace, someone is offering you protection from a threat they represent themselves. So the source of protection and threat is the same.”

The most recent data from the Mexican national statistics agency’s annual survey of 33,866 business victims of crime shows the scope of the extortion problem. Some 688 of every 10,000 business entities reported being victims of extortion, making it the third most common crime businesses face after employee theft and the theft or damage to merchandise, money, goods or other business inputs.

Arcos noted that “businesses operating in remote locations with little presence of law enforcement, such as mining, energy and construction companies, are frequent targets of extortion by organised criminal groups”.

Remote cannabis farms could fit that bill, which could make them vulnerable to criminal groups that “wield wide-ranging control over economic activities in a given region and have the capability to significantly disrupt their operations,” he said.

Arcos added that the burgeoning legal cannabis industry in Mexico should therefore be cautious.

“Security threats for the legal cannabis industry will likely include threats of violence from organised crime, extorted concessions in exchange for permission to operate in criminally controlled areas and the threat of kidnapping of personnel,” he said. “Additional security threats are likely along the product supply chain, including distribution channels.”

So how might business ventures associated with a new legal cannabis industry confront violence and extortion?

Clever Leaves is hoping that its experience with Mexico’s southern neighbour, Colombia, will help. Colombia legalised medical cannabis in 2016 and has its own history of problems with drug trafficking and organised criminal groups.

“We picked our locations within Colombia in regions that not only have the right agro-industrial characteristics to it in terms of weather, the humidity, the sun, exposure to the sunlight, et cetera — we also looked at the social-political factors,” he explained.

Fajardo said the firm chose to grow its crop in parts of Colombia where recent years have seen minimal violence, hiring a private investigation firm to obtain information regarding land ownership to ensure there was no conflict.

“In the region where we operate a cultivation facility, there have been zero deaths [by homicide] per 100,000 inhabitants for the last 15 years,” he said.

The facility is in the central Colombian department of Boyaca — where, Fajardo also pointed out, a Colombian army base is located close by.

Clever Leaves has recently entered the Mexican market as a partner of local business CBD Life, supplying the wellness company with pharmaceutical cannabis for its consumer products such as lotions and drinks infused with cannabidiol (CBD, a chemical compound found in cannabis and shown in studies to reduce pain and address the symptoms of mood disorders).

In Mexico as in anywhere, Fajardo said, the firm feels it needs a local person “who knows the market, who better understands the regulator, who can better navigate the market”.

Luis Armendariz, a cross-border business attorney specialising in Mexico’s cannabis industry, said this is precisely what he advises his clients.

Armendariz said “it’s a reality and undeniable fact that there are criminal threats or even extortion or corruption” in doing business of any kind in Mexico.

“But you can find, for example, good local partners that can guide you and represent you and bridge the gap between the government and the way that Mexican culture works.”

“These local partners can be anyone from employees or managers to joint venture partners,” he added. “If you find a good local partner, I think that’s a way to mitigate the risk.” 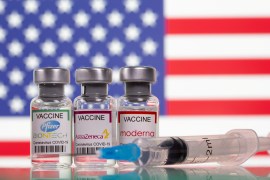 Washington becomes the latest US state to offer a creative way to encourage COVID vaccinations. 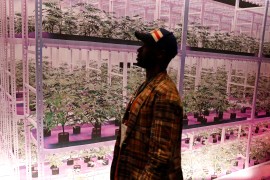 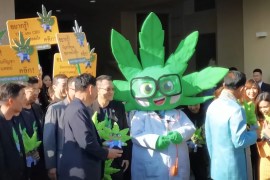 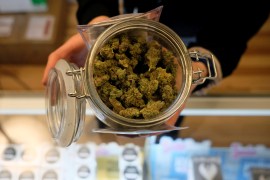