Apple Inc. plans to keep Fortnite off of its App Store until appeals are exhausted in its legal fight with Epic Games Inc., the maker of the popular battle-royale game.

Apple sent a letter to Epic Tuesday saying that it “will not consider any further requests for reinstatement until the district court’s judgment becomes final and nonappealable.” The letter, sent to Epic’s lawyers from a firm representing Apple, was published on Twitter by Epic Chief Executive Officer Tim Sweeney. That process could take five years, he said.

Epic sued Apple in August 2020 after the iPhone maker removed Fortnite from its App Store, citing a workaround that circumvented Apple’s commission on purchases. The battle came to a head this month, with U.S. District Judge Yvonne Gonzalez Rogers mostly siding with Apple — though she said the company should allow app developers to point users to outside payment systems. The ruling doesn’t take effect until early December, and Epic has already said it will appeal.

On Sept. 16, Sweeney asked Phil Schiller, Apple’s executive in charge of the App Store, to reinstate Epic’s developer account. That would allow the future resubmission of Fortnite and let the gaming company develop its Unreal Engine and other software for Apple devices. “Epic promises that it will adhere to Apple’s guidelines whenever and wherever we release products on Apple’s platforms,” Sweeney wrote in an email, which he published on Twitter Wednesday.

Late last night, Apple informed Epic that Fortnite will be blacklisted from the Apple ecosystem until the exhaustion of all court appeals, which could be as long as a 5-year process. pic.twitter.com/QCD7wogJef

Sweeney said that if Epic gets its developer account back, it plans to rerelease Fortnite for Mac computers “as soon as possible” and reincorporate Fortnite for iPhones and iPads into its Unreal Engine development process. He said, however, that the company would only rerelease Fortnite on Apple’s most popular products if Apple updates its review guidelines to match the “plain language” of the recent ruling.

While the judge’s ruling clearly states that Apple can no longer ban developers from pointing users to the web to complete transactions — bypassing the in-app-purchase system — the ruling doesn’t state outright that Apple cannot collect its commissions. That has led some observers to believe that Apple could still take its cut of revenue via other means.

In addition to Epic’s appeal, Apple could choose to contest the ruling itself or seek a stay from the court to delay changes.

Mark Perry, a lawyer representing Apple, said the company won’t reinstate the developer account immediately because of Epic’s “duplicitous conduct” in the past and statements made by Sweeney after the ruling.

Sweeney said at the time that the ruling wasn’t a win for developers or for consumers.

Today’s ruling isn't a win for developers or for consumers. Epic is fighting for fair competition among in-app payment methods and app stores for a billion consumers. https://t.co/cGTBxThnsP

Following the decision, Epic paid Apple $6 million for circumventing the company’s in-app-purchase fees. During the trial, Apple said it would reinstate Fortnite if Epic followed the same App Store rules as other developers.

“Apple lied,” Sweeney said Wednesday. “Apple spent a year telling the world, the court and the press they’d ‘welcome Epic’s return to the App Store if they agree to play by the same rules as everyone else.’ Epic agreed, and now Apple has reneged in another abuse of its monopoly power over a billion users.”

In his email to Schiller, Sweeney said that even if Apple changes its rules to allow Fortnite to point users to the web to complete transactions, it still takes issue with Apple’s stance of barring third-party app stores.

Representatives for Epic and Apple declined to comment further. 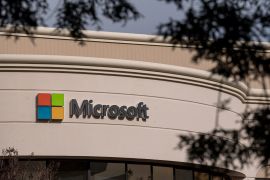 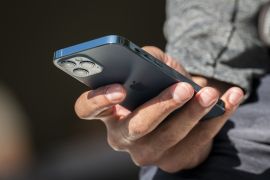 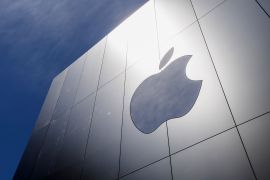 Over 90 policy and rights groups ask the firm to axe plans for scanning phones of adults for images of child sex abuse.

Apple said its system has an error rate of ‘less than one in 1 trillion’ per year and that it protects user privacy.