BP Plc fired an ex-oil trader because he voiced concerns about bribes being paid in Nigeria to secure local contracts, according to a sprawling London employment suit that sheds light on the energy giant’s lucrative trading floor.

Jonathan Zarembok, who traded on BP’s West Africa desk, said that the company paid an “abnormally large” fee to a local agent to participate in a state oil tender. He alleged that BP’s traders also sought to make payments in a deal that would have been the largest the desk had ever struck in Nigeria, before the transaction was ended, according to the lawsuit.

“We were paying agents in Nigeria huge multiples of what we paid in other regions even though those agents did not perform services of any real value to BP,” Zarembok said in his witness statement. “Our proposed reasons for paying the agent these sums were a sham.”

BP argued that the payments were legitimate and were fully scrutinized by its deal governance board that included the trading floor’s most senior executives. Lawyers for the firm said that the bribery allegations were investigated and couldn’t be substantiated. Zarembok didn’t raise specific concerns about corruption at the time, BP said. Zarembok was ultimately dismissed in April 2020 because the working relationship had irretrievably broken down.

The London suit, which also names the company’s crude oil trading head Dan Wise as a defendant, highlights the issues faced by the largest oil traders when using agents to win lucrative deals. BP rival Gunvor Group Ltd. cut its use of agents in 2019 after the energy trader admitted a former employee bribed officials in the Republic of Congo to secure oil contracts.

“BP is defending in full and denies all allegations made by the claimant,” the firm said in a statement.

BP’s trading unit not only dealt with the physical cargoes of oil but also took “educated but speculative positions,” Zarembok said in his witness statement. He called it “a profit center in its own right.”

The 15-year veteran said he and his team, focused on West Africa, were tasked with delivering around $75 million per year from trading. Zarembok was being paid bonuses of more than $3 million a year until they were cut in half for 2017 and then slashed to zero by 2019.

In Nigeria, local rules required oil firms to work with Nigerian firms if they wanted to acquire crude oil cargoes issued by Nigerian National Petroleum Corp., the country’s state oil producer. The cargoes, issued at below the market rate, were highly lucrative and BP had repeatedly missed out. In 2017, BP chose to work with a local agent rather than agree a joint venture with a Nigerian company.

“2018 is an election prep year so we understand what that means,” a BP executive in Nigeria wrote in an email to Zarembok and other traders. “And if you don’t, I will explain it to you in person.”

The individual later wrote to apologize for his “slothful communication,”  according to documents prepared for the lawsuit.

But Zarembok said the email was a “clear red flag,” saying that the obvious inference was “there would be pressure to pay bribes.”

In total, BP paid $900,000 in fees to the local agent after securing two crude oil cargoes from NNPC. Broadly speaking, the fees paid to Nigerian agents were about 10 times higher than those BP paid to agents in other countries.

The suit comes after a case involving Glencore Plc, where a former oil trader, who recently pleaded guilty to corruption, wired payments to various NNPC officials to secure cargoes, including cash requested for use in the country’s 2015 elections. Glencore’s new chief executive officer said in August that the firm no longer uses middlemen in its oil business.

Zarembok said BP was swift to investigate a $15 expense by an local agent that might have been a bribe to an NNPC doorman, but took weeks to respond to his concerns in the buildup to the largest deal that the company’s trading room had ever negotiated in Nigeria.

In 2017, BP planned to lend hundreds of millions of dollars to NNPC in exchange for a seven-year crude purchase agreement. Again, in order to satisfy local requirements, BP was considering working with an agent who offered little real value to the negotiations, Zarembok said.

A spokesman for NNPC didn’t immediately respond to calls and messages requesting comment.

“The proposal to pay what was almost certainly an ill-disguised bribe was contrary to the values that I believed BP stood and should stand for,” Zarembok said. “The whole thing made me sick.”

The deal was ultimately terminated after the agent sought to increase the size of the fees to some $2 million per year for the lifetime of the contract.

(Updates with Glencore stopping use of oil intermediaries in the 14th paragraph.)
-With assistance from Javier Blas, Laura Hurst and William Clowes. 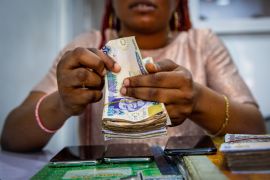 The measure may lead to an initial depreciation in the naira’s value. 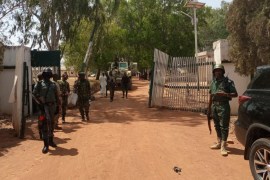 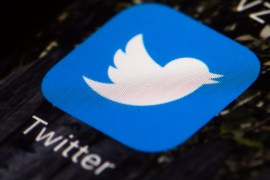 The ban has hurt Nigerian businesses and drawn widespread condemnation for its damaging effect on freedom of expression. 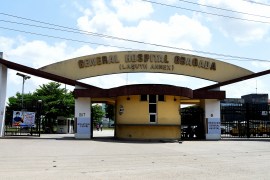 Thousands of resident doctors are on strike over unpaid salaries, poor facilities and insufficient hazard allowances.