Sri Lanka is turning to a veteran central banker as it seeks to bolster depleted foreign exchange reserves and service debt without seeking an international bailout.

Ajith Nivard Cabraal, a former junior minister overseeing capital markets who led the Central Bank of Sri Lanka from 2006 until early 2015, will return as governor. Cabraal, who resigned from parliament earlier on Monday, confirmed his appointment in a phone interview. “I will be concentrating on stability first, then growth,” Cabraal said.

The yield on Sri Lanka’s 2024 dollar bonds, which were up 43 basis points in the previous two sessions, fell about 4 basis points to 25.3% on Tuesday. During his previous governor term, Cabraal steered inflation to low single-digits and held down interest rates while foreign exchange reserves grew thanks to a resurgence in tourism and economic growth with the end of the island’s civil war.

He now faces a country virtually stripped of tourism dollars due to the coronavirus, as well as lockdowns to stem the virus that have hurt domestic activity. That’s drained the South Asian island’s foreign exchange reserves, a situation that triggered S&P Global Ratings to cut the country’s outlook to negative and now risks spiraling into a crisis.

For now, the central bank has limited the amount of foreign currency that can leave the country, as well as tightened import rules to discourage purchases of items including chocolates, wines, cosmetics and electronics.

Sri Lanka’s depleted reserves could force more aggressive tightening of monetary policy and even a bailout from the International Monetary Fund, according to investors of the nation’s dollar bonds. Cabraal has held that IMF help is unappealing, telling the BBC last week “there is no need for Sri Lanka to go to the IMF and thereby cause unnecessary pain to its lenders and investors.”

Cabraal replaces Weligamage Don Lakshman, who steps down Tuesday. Lakshman said Friday, when he announced his early retirement, that the monetary authority had to step in with “resources” as the pandemic created an extraordinary period of disruption, and that an “excessive money supply” created in the process could be easily reversed.

The central bank in August unexpectedly raised its policy rate, citing the role of low credit cost in a sustained increase in imports, which led to a widening trade deficit. The rate action was also to preempt the buildup of any excessive inflationary pressures, the bank said at the time.

The country’s forex reserves had dropped to $2.8 billion in July after it used a part to repay $1 billion of debt. That dragged the import cover to 1.8 months, compared with the desired minimum of three months. 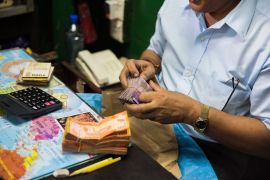 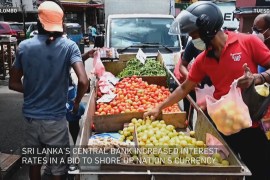 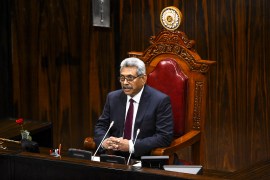 President declared state of emergency to control food prices and prevent hoarding amid shortages of some staples.