Harvard University, which boasts the largest endowment of any university, is divesting from fossil fuels after years of public pressure to green up its portfolio.

Harvard’s President Lawrence Bacow made the announcement in a letter published on Thursday, saying that Harvard Management Company (HMC) -which oversees the school’s $42bn endowment –  has no direct investments in firms that “explore for or develop further reserves of fossil fuels” and it “does not intend to make such investments in future”.

Any indirect investments in fossil fuels via private equity funds, Bacow said, are in “runoff mode”.

“Given the need to decarbonize the economy and our responsibility as fiduciaries to make long-term investment decisions that support our teaching and research mission, we do not believe such investments are prudent,” said Bacow.

Harvard has faced mounting pressure for years from students, alumni and other activists to take a tougher stance on the climate crisis and divest from fossil fuels.

In lieu of fossil fuels, “HMC is building a portfolio of investments in funds that support the transition to a green economy,” said Bacow.

“In addition, the University has made investments alongside MIT in The Engine, a fund that, among other things, seeks to accelerate the development of technologies that promise to address the challenges posed by climate change,” he added.

HMC was the first university endowment in the United States to commit to achieving net-zero greenhouse gas emissions, said Bacow, adding that since Harvard made that announcement, other universities have followed suit. 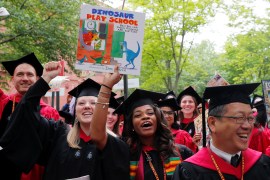 The court rejects claims by affirmative-action opponents who said the university discriminates against Asian Americans. 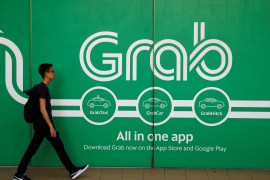