China’s regulatory agency is launching an investigation into chip distributors in the auto industry, it said on Tuesday, citing suspicions of price gouging.

The action by the State Administration for Market Regulation (SAMR) is the latest in a regulatory crackdown over the past year that has targeted a range of companies and industries as the Chinese government clamps down on industry.

The firms were suspected of driving up prices, based on price monitoring and reporting clues, the agency said in its statement, and vowed to investigate and punish illegal acts such as hoarding, price-gouging and collusion.

“In response to prominent problems such as speculation and high prices in the automotive chip market, the State Administration of Market Supervision has recently filed an investigation on car chip distributors,” the statement said.

A global shortage of chips that began last December has disrupted supply chains and the hardware sector worldwide. Though initially concentrated in the automotive sector, it has since spread to affect a wide range of gadgets.

Concerns about supply uncertainty have occasionally led chip buyers and distributors to purchase more chips than they need, creating a vicious cycle that further drives up prices.

Investors have piled into the shares of chipmakers as a worldwide shortage shows little sign of easing and as sales of electric cars from China to Europe and the US increase. Such companies have also largely escaped Beijing’s crackdown on internet companies to address the “tough problems” of the industry, a move that’s had a devastating impact on Big Tech and more recently been felt by China’s online education sector.

Chinese automakers import about 90 percent of the high-end chips they require and the shortage hits them in particular. June car sales fell 12.6 percent from the previous month, the China Association of Automobile Manufacturers has said, with officials pointing to supply constraints as the root cause.

As the global chip shortage persists, particularly in the auto sector, a hike in pricing has been a common theme discussed by semiconductor executives this earnings season.

In June, the chief executive of US chipmaker Intel said he expected the shortage to hit bottom by year-end, with the market returning to normal only by 2023. 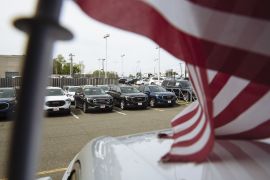 The group wants the US government to allocate funds for chip makers to expand production to cater to the auto sector. 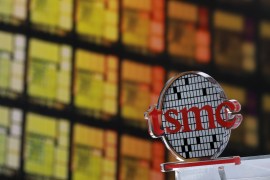 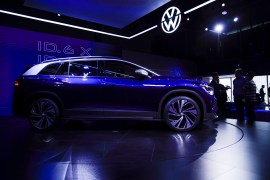 Automakers around the world have had to adjust assembly lines due to chip shortages caused by high demand for cars. 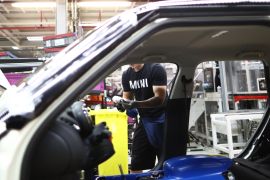 Apple, Samsung, BMW, Ford, Honda say they will either pause production or predict falling sales due to chip shortfall.