US cryptocurrency exchange Coinbase Global Inc beat market estimates for second-quarter profit boosted by a near 38 percent jump in trading volumes on a sequential basis, but forecast a drop in current-quarter volumes.

Coinbase, which makes money by charging fees on trades and which has benefitted from the growing adoption of digital assets, said on Tuesday the reported quarter illustrated the volatility of the still nascent sector that faces calls for more regulation.

“We’re eager to understand the legal framework for the concerns that he has raised and how any of those may impact our product road map,” Haas said in a post-earnings conference call with analysts.

The exchange also plans to grow the number of assets listed on its platform, with Chief Executive Officer Brian Armstrong stating that he wants Coinbase to be the “Amazon of assets” and list every legal crypto asset on its platform. 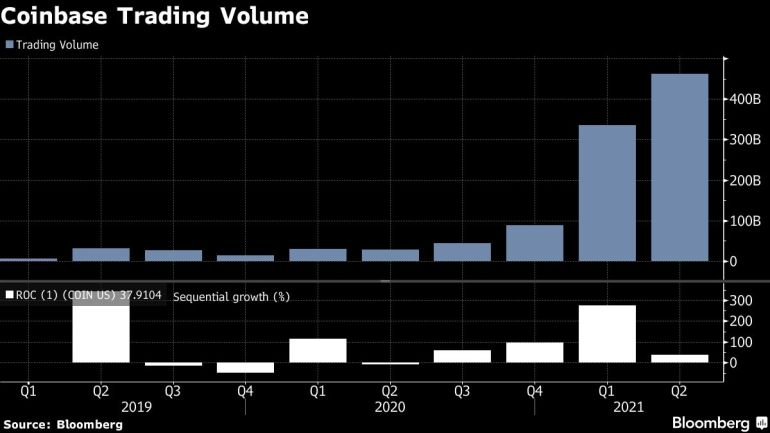 However, for the third quarter, it expects trading volumes to be lower than the second quarter, as August month-to-date volumes have improved compared with July, but remain lower than what was seen earlier in the year.

On an adjusted basis, the crypto exchange earned $3.45 per share. Analysts were expecting a profit of $2.33 per share, according to IBES data from Refinitiv.

Coinbase, one of the largest cryptocurrency exchanges in the world, went public through a direct listing in April.