Somalia has set up a national payments system as part of plans to develop the financial industry in one of the world’s most fragile states, following decades of political and economic instability.

The 13 lenders in the Horn of Africa nation can now “become inter-operable, connected to the clearing and settlement system of the central bank and able to transact with each other,” Central Bank of Somalia Governor Abdirahman M. Abdullahi said in an interview. The system will “facilitate transactions between vendors and their customers more efficiently.”

Somalia is struggling to rebuild after 20 years of civil war and is still battling an insurgency by al Shabaab, an al-Qaeda affiliate.

The government last year secured a debt-relief deal with the World Bank and the International Monetary Fund as it sought to return to the global financial system. The authorities are now in talks with lenders who aren’t part of the Paris Club, an informal group of mostly rich western government creditors, to potentially further reduce the nation’s liabilities that stood at $4.5 billion in June.

Under the system, the central bank connects lenders to a clearing and settlements platform to enable them to process real-time money transfers. It also includes interoperability capabilities for debit and credit cards, mobile network operators and automated cash machines.

A central payments system bodes well for the nation’s financial sector after recent developments, including the launch of a visa card in July by the International Bank of Somalia. The central bank also issued the first mobile-phone based financial-services license to Hormuud Telecom, and is looking to print new Somali shilling notes.

Currently, Somalia uses mostly in U.S. dollars because of widespread counterfeit local-currency, while the few genuine notes in circulation are old and dirty. With the government yet to print new bills, transactions of everything from big-ticket projects to buying a cup of tea are done in dollars via hard cash, banks or mobile money.

The payments system “will enable more financial inclusion in a secure and safe manner,” said Abdullahi. “The impact on the economy will be unprecedented. It will boost trade and business.”

Somalia’s economy will likely expand 2.9% this year, in line with the IMF’s forecast, according to Abdullahi. Livestock sales, telecommunication and remittances from Somalis working outside the country will spur economic growth, he said. 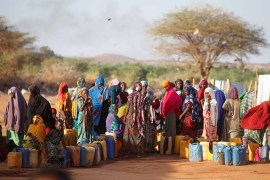 Women must be included in conflict mediation in Somalia

Recent tensions exacerbated violence against women in Somalia. Only political inclusion can help improve the situation. 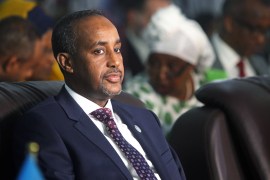 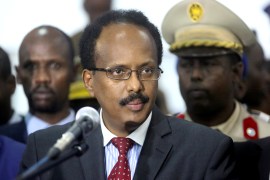 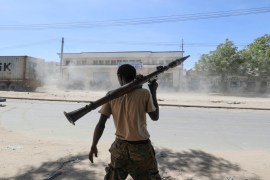