California and neighboring states are facing another historic heat wave that may push power supplies to the brink and is adding to already high wildfire risk amid record drought.

Temperatures will hit 107 degrees Fahrenheit (42 Celsius) Friday in Sacramento and 112 Saturday, according to the National Weather Service. Excessive heat warnings cover most of California and parts of Nevada, Oregon, Idaho, Utah and Arizona.

“The heat wave will pretty much peak today through Sunday,” said Lara Pagano, a senior branch forecaster at the U.S. Weather Prediction Center. “By the time we get into Monday and Tuesday things will be improving but they are still going to be toasty.”

The fresh round of heat comes just days after records toppled across Oregon, Washington and British Columbia and authorities attributed hundreds of deaths to extreme weather seen as the latest evidence of climate change. Californians are again being asked to ease their power consumption, and the state has also asked for greater water conservation.

Last month was the hottest June on record for the contiguous U.S. with temperatures 4.2 degrees above last century’s average, the National Centers for Environmental Information said in a report Friday. The year’s first half, the third warmest in the 127-year record, also includes eight disasters causing at least $1 billion in losses from heat, drought, hail, floods, tornadoes and the deep freeze that paralyzed Texas.

California @NWS offices started to use Heat Risk about 5-6 years ago.

This upcoming heatwave has some of the most "very high" risk coverage in the Sacramento Valley that many of our meteorologists can recall.

Please be safe and prepare for the Excessive Heat! #CAwx #CAheat pic.twitter.com/7zfpAHsdMV

The California Independent System Operator, which runs most of the grid, issued a statewide alert asking consumers to voluntarily cut back on power use from 4 p.m. to 9 p.m. local time. Supply challenges are mounting less than a year after a heat wave forced the state’s first rolling outages in two decades, and meeting demand is expected to be tougher with long-range forecasts predicting above-average temperatures through September.

What’s more, the re-opening of offices and other facilities has also been adding to elevated power use. Electricity generation nationwide increased by 5.9% in April from a year earlier as a result of the country returning to normal levels of electricity demand following pandemic-related shutdowns, according to a June 24 report from the U.S. Energy Information Administration that gives the most recent data available.

Across Western states, hot weather is raising the risk fires may spark and spread across the parched landscape, quickly growing out of control. Red flag warnings cover Idaho, Wyoming, Utah, and Colorado through late Friday.

Excessive heat warnings, which mean temperatures can soar well above 100, stretch from near Los Angeles to Nevada, and include parts of Oregon, Idaho, Utah, and Arizona.

Las Vegas, Nevada, may reach 116 on Saturday, within a degree of its all-time record, said Pagano. She said nearly 45 daily records may fall across a region home to 22 million people.

The most populous U.S. state is experiencing the highest combined extreme and exceptional drought coverage in the 21-year history of the U.S. Drought Monitor, with about 85% of its area under such conditions, according to the National Drought Mitigation Center. 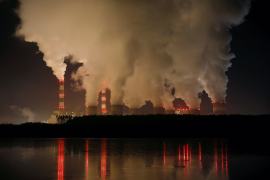 The European Union plans to funnel hundreds of billions of euros annually into sustainable investments. The climate crisis is a crime story

Fossil fuel companies lied for decades about climate change, and humanity is paying the price. 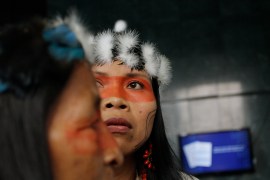 ‘We saw it coming’: The Indigenous leader fighting climate change

Nemonte Nenquimo discusses how climate change has altered the Amazon and the elders who guide her work. 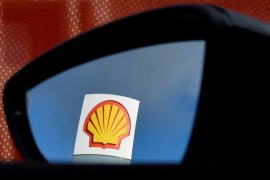 Friends of the Earth Netherlands called on Shell not to appeal against the ruling requiring it to reduce emissions.