The U.S. Securities and Exchange Commission has halted initial public offerings of Chinese companies until they provide more disclosures about investment risks.

SEC Chair Gary Gensler said the Chinese government’s recent crackdown on foreign listings and its announcement of enhanced cybersecurity reviews are “relevant to U.S. investors.” He said he’s asked the SEC staff to seek additional disclosures from Chinese firms before signing off on their registration statements to sell shares.

“I believe such disclosures are crucial to informed investment decision-making and are at the heart of the SEC’s mandate to protect investors in U.S. capital markets,” Gensler said in a Friday statement.

Beijing has been clamping down on private businesses, including the booming private-education industry, prompting a selloff in shares as investors reassess how far the government will go in tightening its grip on the economy. Losses in Chinese tech and education stocks have surpassed $1 trillion since February.

Meanwhile, the SEC has faced intense pressure from Capitol Hill to increase scrutiny of Chinese companies after shares of Didi Global Inc. plunged earlier this month, hurting U.S. investors. Following the ride-sharing company’s U.S. listing, China announced it was conducting a security review. U.S. lawmakers have urged the SEC to investigate Didi over whether it failed to properly disclose risks to investors.

Chinese companies listing in New York have been a lucrative source of revenue for Wall Street banks that underwrite the deals. This year is already the second-best on record for such listings, with companies raising at least $15.7 billion — more than the entire amount in 2020, data compiled by Bloomberg show.

But China proposed new rules earlier this month requiring that nearly all companies seeking to list in foreign countries undergo a cybersecurity review, a move that would significantly enhance its oversight. That tighter grip has thrown a wrench into the listing plans of many Chinese startups, which have flocked to the U.S. for its deeper capital markets, more streamlined listing processes and broader investor base.

Victims of the crackdown include Chinese bike-sharing giant Hello Inc., which said earlier this week that it had formally scrapped plans for a U.S. IPO. Hello is backed by Chinese tech mogul Jack Ma’s Ant Group Inc. 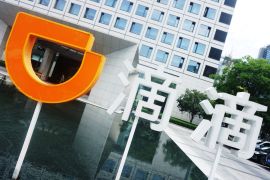 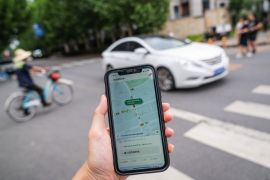 Rules for overseas listings will be revised, China’s State Council said in a statement days after Didi Global’s IPO. 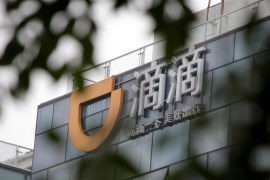 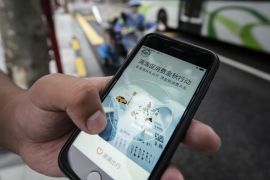