Prices have risen “suddenly”, she says, for basic staples like tortillas – the corn-based flatbread that is ubiquitous on dining tables across Mexico.

The price hikes are so frequent that Aguilera, who lives on the periphery of Mexico City, no longer buys them at her local grocery store. She travels further afield to Centro de Abastos – the central food market that supplies much of the country, where she gets more bang for her peso.

“My daughters and I travel there together and pool our money,” she told Al Jazeera. “We can get a little more each that way.”

Those price pressures are felt by ordinary people across Mexico.

In the first two weeks of July a kilo of tortillas cost 13.5 percent more than they did a year earlier, marking the sharpest price increase since March 2012, according to the national Consumer Price Index.  In Mexico City tortilla prices rose from 14.47 pesos to as high as 20 pesos.

Since the onset of the pandemic in February 2020, prices of other staple foods, like tomato and chicken, have also gone up – squeezing household budgets.

While the administration of President Andrés Manuel López Obrador raised the mandated minimum wage by 15 percent in January, many households are still struggling to make ends meet to pay for food, housing, electricity and gas – especially those that have yet to recover their pre-pandemic financial footing as the economy recovers.

“A lot of people are going hungry in my neighbourhood,” said Aguilera, who lost her younger brother to COVID-19 and is now also helping to support his family.

When Al Jazeera caught up with the matriarch outside Mexico City’s Hospital General – the city’s large central public hospital – she was waiting for her 22-year-old granddaughter, who is battling uterine cancer.

The cost of her granddaughter’s treatments, which have been exacerbated by an ongoing shortage of cancer medications in Mexico, has added to the Aguilera family’s financial burden.

Global food prices have soared this year as economies around the world roll back pandemic restrictions, creating bottlenecks in supply chains.

But that pain – which is disproportionately felt by poorer households who have seen a bigger and bigger share of their incomes go towards keeping food on the table – has been compounded by speculators who are bidding up corn prices, said Rúben Montalvo Morales, president of the National Directorate, National Industry Chamber for Cornflour and Tortillas.

“Those who buy our product [tortilla] the most are the ones with the least resources and this is the food they eat the most,” he told Al Jazeera English.

To help rein in inflation and put a lid on expectations that prices could keep rising, Mexico’s central bank last month raised interest rates by a quarter of a percentage point.  But that remedy comes with a sting in the tail because higher borrowing costs cool economic activity.

Antonio Mendoza, a financial analyst based in Mexico City, said he believes the central bank made the right call.

“The central bank can diminish the inflationary threat, and in this case it is really mitigating that risk,” he told Al Jazeera.

Cognizant that tortilla prices are a major economic barometer for most Mexicans, President López Obrador floated the idea earlier this month of relaxing duties on imported corn.

“If the economy is doing well, this has to be reflected in the price of the tortilla,” the President said.

In its latest World Economic Outlook, the International Monetary Fund dramatically raised its economic growth forecast for Mexico. Thanks to a stronger than expected first-quarter performance and positive spillover effects from the United States economic reopening, the IMF now sees Mexico’s economy growing  6.3 percent this year, compared with its April call of 1.6 percent.

Given the better than expected rebound, Montalvo argues it is high time for more aggressive government action to bring down tortilla prices.

“I think the biggest impact would be had if the federal government were to acquire a supply of white corn and sell it directly to the cornflour and tortilla industry to stop price gouging,” he said.

Financial analyst Mendoza noted that the economy has also benefitted from a recovery in remittances from citizens working in the US. Those tailwinds, combined with the government being “hawkish enough to provide relief to international investors” argues for Mexico to start thinking about “more real investment … because we want to grow not just for months but for years ahead”.

But until price rises abate and pressure is lifted from household tortilla budgets, Aguilera said she will do what she can to help others and rely on her family and God to make it through.

“The government has not done anything,” she said. “There’s husbands and fathers who don’t have jobs any more, people who can’t pay their gas bill…. if we don’t help each other nobody will.” 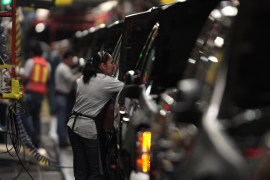 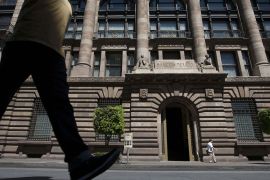 Banco de Mexico raised its key rate by a quarter point to 4.25 percent in response to a jump in inflation. 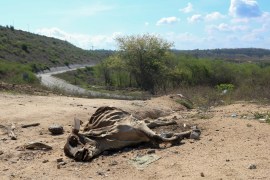