By Saritha Rai and Alex SazonovBloomberg

Goyal is worth $650m based on his current 4.7% stake in Zomato, according to the Bloomberg Billionaires Index. He also owns more than 368 million options that vest over the next six years, which if exercised would almost double his stake in the company, which now has a market capitalization of $13.3bn.

While that’s far behind the fortunes of Mukesh Ambani – worth about $80bn – and dozens of other Indian industrial tycoons, the group of ultra-rich startup entrepreneurs in the country is small. Those topping $1bn include Byju Raveendran of online education provider Byju’s, Vijay Shekhar Sharma of digital payments pioneer Paytm, and Sachin Bansal and Binny Bansal, cofounders of online retailer Flipkart.

The IPO is a triumph for not just Goyal, the son of two teachers who founded his company in 2008, but also scores of Indian startup entrepreneurs aspiring to influence and wealth. India had a record $6.3bn of funding and deals for technology startups in the second quarter, underscoring entrepreneurial ambitions and rising venture-capital interest in the world’s second-most populous market.

“Today is a big day for us,” Goyal said in a blog posting on Friday. “But we couldn’t have gotten here without the incredible efforts of India’s entire internet ecosystem.”

Zomato, the first of a generation of Indian internet unicorns to tap local capital markets, also represents an opportunity for the country’s retail investors. The IPO generated a seldom-seen frenzy among them, with some crowing on Twitter about bagging share allotments and joking that they would delete rival Swiggy’s app from their phones.

Goyal first got the idea for an online service when, as a math and computer science student at the Indian Institute of Technology, he was particularly frustrated with a pizza order. His resolve strengthened after he graduated and joined Bain & Co., where he saw colleagues in the company cafeteria skimming the limited menu and talking longingly about food at nearby restaurants.

Goyal and colleague Pankaj Chaddah started uploading menus of neighbourhood cafés and restaurants onto the company intranet, with phone numbers. That was a huge hit with coworkers, driving a weekend venture they christened foodiebay.com. After his wife got a teaching job at Delhi University, Goyal quit to pursue entrepreneurship full-time.

The service quickly caught on and the founders snagged $1m in early funding from entrepreneur-turned-investor and internet pioneer Sanjeev Bikhchandani of Info Edge India Ltd. The name was changed to Zomato and global investors such as Sequoia Capital, Tiger Global Management and Jack Ma’s Ant Group Co. joined as backers.

Zomato, based in Gurgaon on the outskirts of Delhi, has since embarked on an international expansion, getting into table bookings, home delivery and restaurant and nightlife guides in 100 cities across 19 countries including Turkey, Brazil, New Zealand and Indonesia. Soon after, even as investor mood for loss-making food startups dimmed, Goyal cut jobs and geographies, attempting to rationalize spending and nudging his startup towards profitability.

“I don’t know whether we will succeed or fail – we will surely, like always, give it our best,” Goyal said in the posting. “But I hope that the fact that we are here, inspires millions of Indians to dream bigger than we ever have, and build something way more incredible than what we can dream of.”

-With assistance from Tom Maloney. 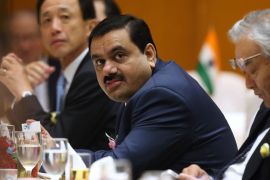 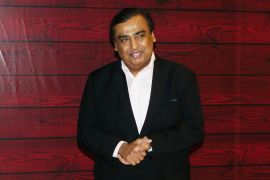 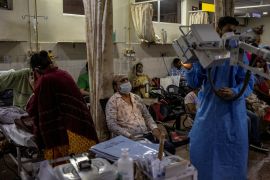 Entrepreneurs are stepping in to direct patients to empty hospital beds and source oxygen and food supplies. 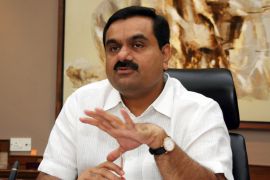 Billionaire plunged down the wealth rankings after media reports raised transparency concerns around his conglomerate.