By Molly Schuetz and Coco LiuBloomberg

Didi Global Inc. tumbled Friday after China said it’s starting a cybersecurity review of the ride-hailing company just two days after it pulled off one of the biggest U.S. stock market debuts of the past decade.

The move is to prevent data security risks, safeguard national security and protect public interest, according to a statement from the Cyberspace Administration of China. Didi has halted new user registrations during the probe. The company, which only started trading on Wednesday in New York after an initial public offering, fell 7% to $15.26.

The surprise probe by China’s internet regulator piles on the scrutiny of Didi over issues ranging from antitrust to data security. The company has been grappling with a broad antitrust probe into China’s internet firms with uncertain outcomes for Didi and peers like major backer Tencent Holdings Ltd.

More broadly, Beijing has been curbing the growing influence of China’s largest internet corporations, widening an effort to tighten the ownership and handling of troves of information that internet giants from Alibaba Group Holding Ltd. to Tencent and Didi scoop up daily from hundreds of millions of users.

Didi lost as much as 11% of its market value at one point on Friday, a rapid turnaround that underscores the uncertainty surrounding the Chinese government’s crackdown on the internet sector.

Earlier this year, the State Administration for Market Regulation announced it was looking into alleged abuses including forced merchant exclusivity arrangements at Meituan, days after China’s third-largest internet company raised $9.98 billion from a record share placement and convertible bonds sale.

“This is deeply unfair to investors,” said Brock Silvers, chief investment officer at Hong Kong-based private equity firm Kaiyuan Capital. “And as a crucial matter of market integrity, China’s regulators should cease allowing companies to list while under investigation.”

The CAC didn’t specify what it will look into. But the timing of its announcement was significant, coming not just on the heels of Didi’s IPO but also the Communist Party’s 100th anniversary celebrations in Beijing.

“Didi will fully cooperate with the relevant government authority during the review,” the company said in a statement. “We plan to conduct comprehensive examination of cybersecurity risks and continuously improve on our cybersecurity systems and technology capacities”

Founded in 2012 by Cheng Wei, Didi managed to force a retreat of its U.S. rival Uber Technologies Inc. in 2016 and embarked on an ambitious international expansion. Its U.S. IPO was highly anticipated and marked the second-biggest debut by a Chinese company, trailing only Alibaba.

Didi has faced regulatory scrutiny ever since a pair of murders in 2018 that Cheng has called its “darkest days.” The Beijing-based firm responded to the subsequent crackdown with a fusillade of efforts to improve security across its network of half a billion.

It began to explore new businesses to offset slowing ride-hailing growth, from car repairs to grocery delivery. That served it well during the coronavirus pandemic, when whole cities came to a standstill. The company delivered an $837 million profit in the March quarter — a rarity among recent high-profile IPOs.

The company, which was among 34 internet giants ordered by regulators in April to correct ‘excesses,’ warned in a regulatory filing that it couldn’t assure investors that government officials would be satisfied with its efforts or that it would escape penalties. 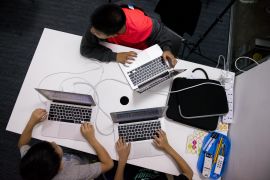 As China cracks down on online education, it wrecks IPO prospects

Gov’t says surge in online classes is putting immense pressure on kids and increasing gap between haves and have-nots. 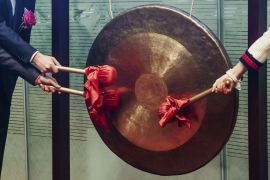 Seven companies have listed in Q2 so far, the fewest since 2009, as Beijing told 34 tech companies to rectify practices. 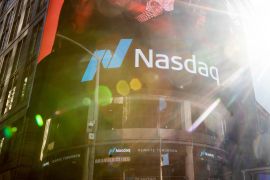 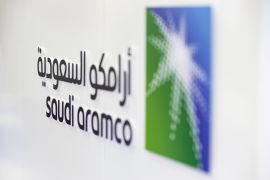