The number of Americans filing new claims for unemployment benefits dropped below 400,000 last week for the first time since the coronavirus pandemic started more than a year ago, the United States Department of Labor (DOL) said on Thursday.

Initial claims for state unemployment benefits totalled 385,000 for the week ended May 29, compared to 405,000 the prior week.

“The decline in new claims – down by nearly half since early April – shows that layoffs are receding, while the more stubborn level of continuing claims reminds us that a full recovery of jobs lost during the pandemic will be a more uneven process,” Nancy Vanden Houten and Gregory Daco, economists at Oxford Economics, said in a Thursday note.

While initial claims have dropped from a record 6.149 million in early April 2020 – at the height of pandemic lockdowns – they are still well above the usual 200,000-to-250,000 range seen during a healthy labour market. And more than 3.7 million Americans were collecting state unemployment benefits during the week ending May 22.

Yet as the economy gears back up, many businesses are also having problems hiring workers for open positions.

This has become fodder for the partisan political divide in the US, with some claiming that the $300-a-week federal top-up to state unemployment benefits is disincentivising unemployed workers to punch the clock.

But economists point to other factors at play, including a lack of childcare options for working parents and a fear among some unemployed people that they could be exposed to COVID-19 if they return to work.

Republican governors in 25 US states including Florida and Texas are keen to cut off employment programmes funded by the federal government, including the $300-a-week unemployment benefits top-up.

All eyes are now on Friday’s DOL monthly jobs report for May.

Ahead of that May jobs report, ADP Research Institute on Thursday said private payrolls increased by 978,000 – the largest jump since June last year. Even more encouraging were gains driven by hiring in the leisure and hospitality sector, which was among the hardest hit by pandemic restrictions.

While ADP’s number can vary significantly from the government’s monthly jobless figures, the report is still seen as a barometer of jobs creation.

Though the US may be getting back to business, there is a scarcity of workers – despite nearly 10 million Americans officially collecting unemployment benefits. 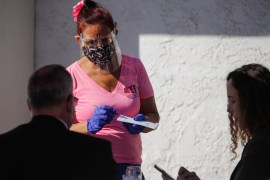 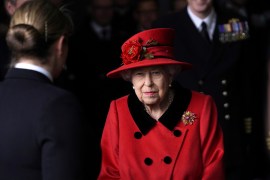 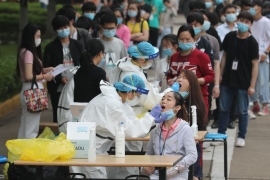 New Yorker writer says Chinese university where he teaches has not renewed his contract for the next academic year. 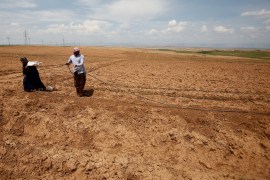 No water, no jobs: ISIL survivors struggle in northern Iraq

Battered by violence, Christians face a confluence of environmental and economic hardship in the Nineveh Plains.