A Saudi conglomerate will buy the Middle East’s largest online children-goods retailer, underscoring the growth of e-commerce in the region amid increasing competition for business.

Dubai-based Mumzworld said on Monday that it signed a sales and purchase agreement with Jeddah-based Tamer Group, describing it as the region’s first “woman-led e-commerce transaction”. Financial details weren’t disclosed.

The transaction will provide Mumzworld with the resources and networks to “continue to supercharge our growth” both geographically and in terms of product offerings, said its co-founder and chief executive Mona Ataya.

“We are a business that is home-grown,” she said in an interview. “So this acquisition by a strategic giant is the right DNA and the right strategic fit for us.”

The deal raises the stakes as competition intensifies with Amazon.com Inc. and its regional rival Noon.com, backed by the Saudi wealth fund, while India’s children’s products site FirstCry.com also expands its footprint in the Middle East. The Indian company, which counts SoftBank Group Corp. among its biggest investors, was reported to be valued at as much as $2.1bn during a funding round earlier this year.

Online retailers have mushroomed in the Middle East in the past decade and expanded further when the pandemic forced people to largely stay home and rely more on the internet for shopping.

But despite the huge growth potential, cutthroat competition and weaker economic growth have tripped up several e-commerce startups in the Gulf. Baby products online seller Sprii and fashion startup The Modist both shut down despite raising millions in capital. Another Dubai-based platform Awok.com announced its closing last year.

Mumzworld says the Middle East mother, baby and children-goods market is worth over $10bn. It estimates that the online segment grows around 39% per year despite online penetration remaining relatively low at under 10%.

That and the push toward more online shopping will further fuel the growth of e-commerce firms like Mumzworld, Ataya said.

During the global pandemic, demand for essential baby goods “increased significantly” and the company coped well with supply-chain issues caused by the outbreak, according to Ataya. She also said that the region’s strong birth rates and young populations will ensure future growth for the likes of Mumzworld.

Ataya, who wouldn’t disclose if the company is profitable, said the company had until now raised $50m in funding. Its largest markets are the United Arab Emirates and Saudi Arabia, the region’s biggest economy.

The company’s backers include venture capital firm Wamda Capital and Gulf Islamic Investments LLC, a financial services firm whose 2018 investment made it the largest shareholder in Mumzworld at the time.

With annual revenue of 9.2 billion riyals ($2.5bn), Tamer Group is a large regional healthcare distributor that includes a consumer and nutrition division as well as logistics services.

Mumzworld was founded in 2011 by Ataya and Leena Khalil, who will both “remain material shareholders” and sit on the board. The company offers 250,000 products from 5,500 brands.

(Updates with GII’s investment and shareholding in third paragraph from the end.)

-With assistance from Matthew Martin. 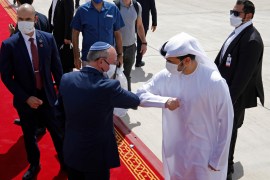 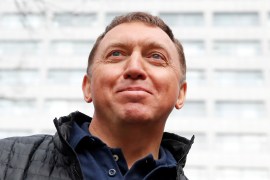 The ex-wife of Russian billionaire Oleg Deripaska sold a 2.6 percent stake in a power and aluminium firm to Mubadala. 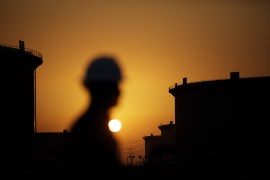 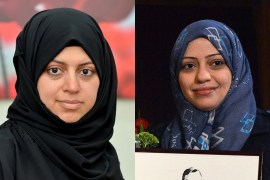 Samar Badawi and Nassima al-Sadah were arrested in August 2018 as part of a crackdown against dissent.