The US Supreme Court on Friday ruled that federal COVID-19 relief funds can go to specially created corporations for Indigenous Alaskans even though they are not officially recognized as tribal governments in a case pitting groups of Indigenous Americans against each other.

The justices ruled 6-3 that the Indigenous corporations are eligible to receive funding intended for tribal governments under the 2020 Coronavirus Aid, Relief and Economic Security Act, known as the CARES Act. About $533m in funding hinged on the case’s outcome.

Three groups of Native American tribes from other parts of the US sued in federal court in Washington in April 2020 seeking to prevent what are known as Alaska Native corporations (ANC) from receiving any of the funds.

Among the challengers were the Navajo Nation, the Confederated Tribes of the Chehalis Reservation and the Cheyenne River Sioux Tribe.

The Navajo Nation dealt with one of the largest per capita outbreaks last year. Tribal authorities launched a vaccine distribution campaign in December.

Now, more than 115,000 of the Navajo Nation’s total population of roughly 170,000 people have been fully vaccinated, according to tribal numbers.

The $1.9 trillion CARES Act set out $8bn to be distributed to tribal governments, which were defined as the “governing body of an Indian tribe” based on the definition described in a 1975 federal law called the Indian Self-Determination and Education Assistance Act, which does mention the Alaska corporations.

The US Court of Appeals for the District of Columbia Circuit last year reversed a lower court’s ruling that had favoured the federal government and the corporations, prompting the appeal to the Supreme Court, which heard arguments in April.

The 12 corporations were established to help Native Alaskans thrive after Alaska achieved statehood in 1959. They have become successful and diversified businesses with interests in such areas as oil and gas drilling, real estate and construction. In 2017, they had a combined revenue of $9.1bn. The corporations also provide various social services for Native Alaskans.

The corporations were created under a 1971 federal law that sought to address land claims and provide aforementioned economic benefits to Indigenous Alaskans without allocating land to tribal governments. Federal funding and land, including mineral rights, were given to the new regional corporations.

This law also set up separate Alaska native village corporations on a smaller scale. Indigenous Alaskans received stock in the corporation set up where they lived.

Navajo Nation President Jonathan said in an April 2020 statement that “Alaska Native Corporations are for-profit entities that have billions of dollars in revenue, and can access other funding sources in the CARES Act. The Congressional intent of these funds were to relieve tribal governments.”

Writing for the court, liberal Justice Sonia Sotomayor said the ruling “affirms what the federal government has maintained for almost half a century: ANCs are Indian tribes.” 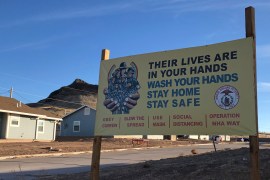 Navajo Nation leads the US in vaccination rates, despite rural population, by meeting people ‘where they are’. 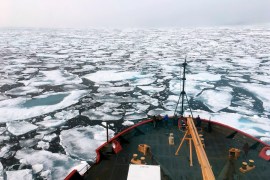 Conservation groups describe the sale as a last-minute push by the Trump administration to help secure drilling rights. 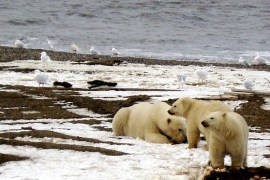