Former economy minister and serving AK Party MP Mustafa Elitas told Al Jazeera the government did not forecast in advance how much wealth would come to light as a result of the amnesty, which is due to expire at the end of this month. But, he said, the law is still beneficial.

“It is important because it brings in additional hidden sources [of wealth] into our economy,” he said, calling on Turks to take advantage of the amnesty.

In March, President Recep Tayyip Erdogan urged Turkish citizens to seize the opportunity to bring “our national wealth” out of the shadows and invest it to help the economy.

But financial crimes experts and members of Turkey’s opposition say the law is riddled with loopholes criminals can use to wash clean ill-gotten gains.

Under the amnesty, assets can be repatriated from abroad with no questions asked. It also allows third parties, including legal representatives, shareholders of companies, or proxy representatives, to declare assets.

That means assets held abroad in tax havens through shell companies can find their way into Turkey with little to no scrutiny as to how they were acquired or by whom. Assets can even be carried into the country in a suitcase and declared with no further inquiries about their origins.

Critics say this creates an opening for foreign criminals to use Turks to launder so-called “black” money.

“The wealth amnesty can create a risk of introducing black money or income obtained through unregistered ways into the system if it is done in a way that does not take adequate precautions, question the source of the money or ignores thereof,” Transparency International Turkey Chair Oya Ozarslan told Al Jazeera.

“Considering that money laundering requires committing other crimes such as drugs, terrorism, etc and waiting for an opportunity to enter the system to be cleared, this risk is important,” she added.

But supporters of the law say such criticisms are unfounded.

“This is completely false,” former Deputy Prime Minister Cevdet Yilmaz told Al Jazeera. “All of these issues were taken into account when drafting this regulation. We concentrated on issues such as terrorism financing and illicit money. We ruled out such scenarios when drafting the regulation. As a result, they have no right to make these claims.”

Last fall, as the law was being drafted, Deputy Finance Minister Osman Dincbas, who was removed from his post in January, pushed back on those opposed to the amnesty, noting that there were already systems in place to safeguard against money laundering, including MASAK – the country’s Financial Crimes Investigation Board – and global watchdog the Financial Action Task Force (FATF).

How much money, gold, jewellery, and other valuables were brought into the country?

The wealth amnesty, which took effect in November, is the latest iteration of similar laws passed in 2008, 2013, 2016 and 2018. But previous versions imposed a small tax penalty on disclosed assets while the current law imposes zero levies.

Critics say AK Party lawmakers have repeatedly loosened the regulations not only to attract assets hidden abroad but to allow wealthy local supporters to repatriate undeclared wealth and disclose assets held inside the country without facing much scrutiny.

“Today, if someone comes to the border and claims to have brought 30 million euros, all they have to do is fill out a form for the public prosecutor and the Financial Crimes Investigation Board,” said Professor Nedim Turkmen, an expert on international financial transactions and Turkish tax law at Galatasaray University.

Turkmen noted that under the current law, a person can deposit money in a Turkish bank one day and withdraw it the next to cleanse it of any criminal affiliations.

“What bothers me most is that this regulation is not only aimed at bringing in assets from abroad but also allows unregistered assets already in Turkey which might be obtained illegally, especially via graft, tender rigging, etc by bureaucrats and government officials to be whitewashed,” he said.

During the first amnesty in 2008, more than 47 billion lira ($5.4bn at current exchange rates) of assets were registered, generating in excess of 1.5 billion lira ($173m) in tax revenue. In a further blow to transparency, the amount of wealth declared under the current amnesty is not made public.

“We don’t know how much wealth was legalised as a result of the recent amnesties and regulations,” said Erdogan Toprak, an opposition MP with the Republican People’s Party (CHP).

“How much money, gold, jewellery, and other valuables were brought into the country? The total value of the assets is no longer available to the public,” he told Al Jazeera.

Erdogan’s government does face a pressing need for foreign exchange and other hard assets.

Like the rest of the world, Turkey’s economy was battered by COVID-19 lockdowns and restrictions. But it entered the pandemic on relatively fragile footing, thanks to debt-fuelled growth policies that have made Turkey heavily dependent on external financing and vulnerable whenever investor sentiment turns against its currency, the lira.

Turkey’s foreign exchange reserves have been gutted, and annual inflation is running north of 16.5 percent.  The lira has lost nearly 20 percent of its value since March when Erdogan shocked investors by sacking a market-friendly central bank governor – the third chief he’d shown the door in two years.

Questions over the rule of law and Erdogan’s spats with NATO allies, most notably the United States, have also heaped pressure on the lira.

While the wealth amnesty is framed by its supporters as a way to prop up Turkey’s economy, some critics contend that it exacerbates the country’s financial woes by facilitating corruption by those with close ties to the government.

“These are actually assets stolen from the country and its people by government-allied companies and individuals who transferred their billion dollars’ wealth into tax havens,” Garo Paylan, an MP from the opposition Peoples’ Democratic Party (HDP) told Al Jazeera.

“Corruption, nepotism, graft, and tender rigging were used to obtain them. The AK Party is attempting to whitewash those illicit assets because it knows it will be voted out soon,” he said.

The latest amnesty also comes amid growing concern that foreign gangsters are increasingly basing themselves in Turkey.

Headlines of murders and armed clashes between foreign mafia groups, particularly in Istanbul, are routinely splashed across newspapers in the country.

But the problem is not necessarily restricted to foreign criminal elements.

All those accused by Peker have denied any wrongdoing. But the videos have further tarnished Turkey’s already battered image when it comes to illicit activity.

Turkey has long seen heroin trafficked across its borders from Afghanistan to Europe, as well as people and arms. Billions of dollars from these illegal enterprises often end up in offshore accounts and critics suspect some of it is finding its way to Turkey via the country’s wealth amnesties.

Turkey has faced pressure from FATF to combat the washing of black money more effectively. FATF did not respond to Al Jazeera’s request for an interview.

But some would like to see global sheriffs bring more pressure to bear on Ankara.

“Independent international institutions should be more vocal about these issues,” a senior official in Turkey’s finance ministry, speaking on condition of anonymity, told Al Jazeera.

“I really stopped counting the number of these amnesties. Enough is enough,” he added.

“People who make an honest living and pay their taxes feel offended by these amnesties,” he told Al Jazeera.

And some say the law’s benefits pale in comparison to the damage it is inflicting on Turkey’s long-term economic health.

“Because of a lack of transparency, a democratic deficit, and other negative factors, Turkey is no longer a country in which to invest,” said Toprak. “This further harms the already damaged image of our country and scares off foreign investors.” 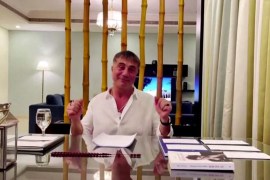 In a series of videos, convicted Turkish mob boss made allegations against leading figures of the governing party. 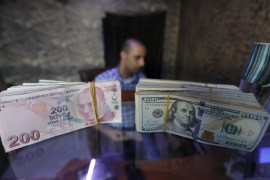 Central bank left rates steady at its latest but signalled it is moving closer to a rate cut expected later this year. 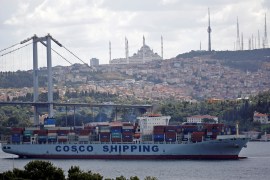 The controversial canal would be the jewel in the crown of megaprojects launched under the Turkish president’s watch. 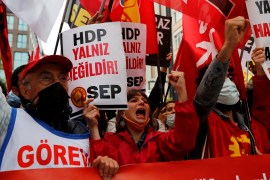