This week marks one century since the torching of the “Black Wall Street” area of Tulsa, Oklahoma — then the wealthiest African-American community in the entire United States.

White mobs massacred Black residents in one of the worst race riots in US history, with dozens of people killed, Black-owned businesses destroyed and 35 square blocks of the Greenwood district flattened.

A century later, many Black Americans still face significant disparities in education, income and wealth compared to their white peers.

The organisation is unique for its heavy emphasis on cryptocurrency, helping people ride the wild wave of wealth creation through Bitcoin and non-fungible token (NFT) sales.

And in honour of those who perished in Tulsa in 1921, the firm promoted a “100 For 100” initiative in May encouraging Black investors to put $100 into Bitcoin as “the perfect platform for our people to build wealth where it may never again be destroyed”.

New Black Wall Street also plans to give proceeds from its NFT sales to the parents of low-income children of colour so they can set up their own $100 crypto wallets.

But the CEO of New Black Wall Street, Joshua Richardson, is most bullish about teaching people how to profit from crypto tokens — with his firm planning to launch its own coin and a new NFT marketplace named Wakanomy, a reference to Wakanda, the fictional African nation in the film Black Panther.

“This needs to be our own Wakanda,” Richardson told Al Jazeera, describing it as “a different way to build our economy”. He also believes that financial literacy is “the key to our future”, arguing that it is “even more powerful a weapon than protesting”.

New Black Wall Street’s goal is to increase by 50 percent the number of minorities with Fair Isaac Corporation (FICO) credit scores of 700 or greater — which is considered “good” by lenders — and, in the next two decades, increase median Black household wealth to $165,000. In 2019, median Black household wealth stood at $24,100, compared to $188,200 for white families, according to the US Federal Reserve.

The company also wants to level the playing field and enhance generational wealth by educating two million children in financial literacy by 2030, and leading 100 million minorities into cryptocurrency investing by the following year.

At New Black Wall Street’s educational sessions held online, many students ask whether they should pull resources from equities into crypto. The teachers — who are experienced investors — expose them to a variety of coins and the process for buying tokens from a few of the main exchanges.

Richardson cautions against pump-and-dump schemes, urging people to be “smart” and do their own research.

“You are your own bank,” said Richardson. “That’s a huge responsibility at the end of the day. If you lose your [crypto] keys, you lose your wealth.”

‘Set students up for success’

Tiffany Grant is a financial wellness facilitator who teaches under the business name Money Talk With Tiff. Her approach is more conventional, prioritising accessibility and relatability.

“The best way to teach financial literacy to the next generation of Black and minority young people is to have the teacher be someone they can relate to,” Grant told Al Jazeera.

She explained that children should be included in everyday financial conversations in order to “remove the stigma from talking about money”.

Grant, who instructs people “anywhere from four to 104 years old”, also said that financial literacy should be standard in the classroom, much like mathematics, language arts and social studies.

“When kids see someone that looks like them taking the time to make financial education fun and interesting, they are more apt to tune in,” added Grant. “It’s time that we set students up for success outside of the classroom.”

African-Americans still face huge obstacles in securing financial power, which was one of the key themes addressed by US lawmakers at a House Committee on Financial Services hearing on Thursday with the chief executives from the top six Wall Street banks.

Under pressure from investors to carry out racial equity audits, the CEOs explained how they are looking into how to narrow the wealth gap — opening more locations in low-and-moderate income areas and partnering with community development financial institutions.

Representative David Scott, a Democrat from Georgia, drew attention to the high rate of Black households that are unbanked or underbanked, adding that 70 percent of African-Americans live in neighbourhoods with no bank branch.

Non-profits have stepped in where for-profit corporations are unable — or unwilling — to move the needle.

Tim Ranzetta, co-founder of Next Gen Personal Finance (NGPF), says that many of the largest school districts serving Black and brown students are “financial education deserts”.

His organisation’s recent report on financial education found that only one in five high school students in the US is guaranteed to take a one-semester personal finance course.

“In communities serving largely Black and brown students, that number is one in 14 students,” he told Al Jazeera. “This is, plain and simple, a social justice issue. This education is being withheld from this student population.”

Ranzetta remains optimistic about the specialists he hires to instill a personal finance culture.

NGPF created the Financial Equity and Empowerment grant programme, which has awarded a first set of grants to recipients in public schools from Milwaukee, Wisconsin to Miami-Dade County, Florida.

The programme focuses on subjects like taxes, insurance and paying for college. And Ranzetta is adamant that teachers respond critically to students’ questions about crypto and blockchain technology.

“As recent volatility has reminded us, [crypto] is a speculative investment and investors should know that there is a risk of significant loss,” Ranzetta said.

To that end, his teachers incorporate behavioural finance elements, including lessons about herding and fear-of-missing-out instincts, which can drive asset prices to levels well beyond their intrinsic value. Another lesson explains how social media is an accelerant with meme stock investments.

Each of these organisations has taken its own approach to boosting financial literacy. But for Richardson of New Black Wall Street, the crypto debate is mostly a settled question, even as major currencies like Bitcoin have recently dropped more than 40 percent from a mid-April high.

The CEO likens New Black Wall Street’s soon-to-be-released Black-themed cryptocurrency to how “hip-hop tells the story of who we are as a culture, but is absorbed by the world”.

His company has an upcoming NFT live painting event with Black artists and an African-American artifact NFT drop on Juneteenth (June 19), the holiday celebrating the end of slavery in the US.

“We don’t want our people to get left behind,” Richardson added. “I know my people tend to be late to the party, and we don’t want that to happen. The bull run doesn’t last forever.” 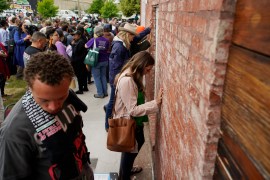 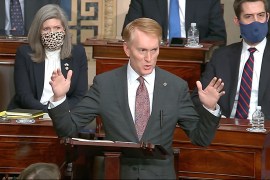 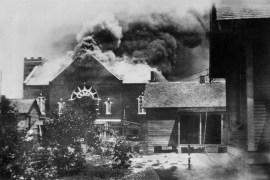 Survivors of 1921 white mob massacre in Tulsa, Oklahoma, and their descendants demand reparations and recognition. 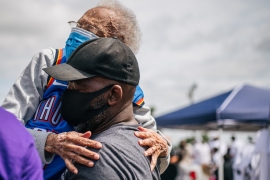 Will there ever be justice for the Tulsa Race Massacre?

Survivors of one of the worst incidents of racial violence in US history call for reparations on centenary of attack.