China now accounts for more greenhouse gas emissions than all of the world’s developed nations combined, according to new research from Rhodium Group.

China’s emissions of six heat-trapping gases, including carbon dioxide, methane and nitrous oxide, rose to 14.09 billion tons of CO2 equivalent in 2019, edging out the total of Organization for Economic Cooperation and Development members by about 30 million tons, according to the New York-based climate research group. 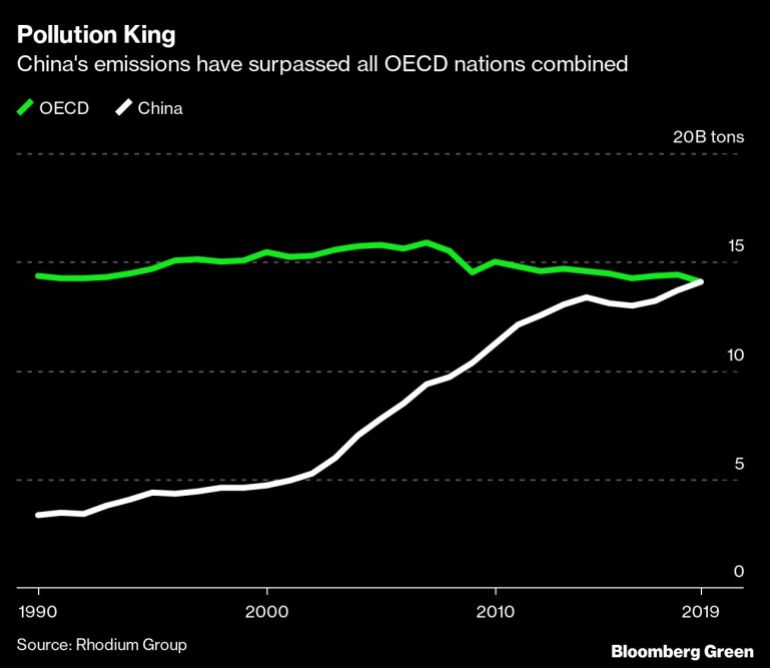 The massive scale of China’s emissions highlights the importance of President Xi Jinping’s drive to peak carbon emissions before 2030 and reach net-zero by 2060. China accounted for 27% of global emissions. The U.S., the second biggest emitter, contributed 11% while India for the first time surpassed the European Union with about 6.6% of the global total.

Still, China also has the world’s largest population, so its per capita emissions remain far less than those of the U.S. And on a historical basis, OECD members are still the world’s biggest warming culprits, having pumped four times more greenhouse gases into the atmosphere than China since 1750. 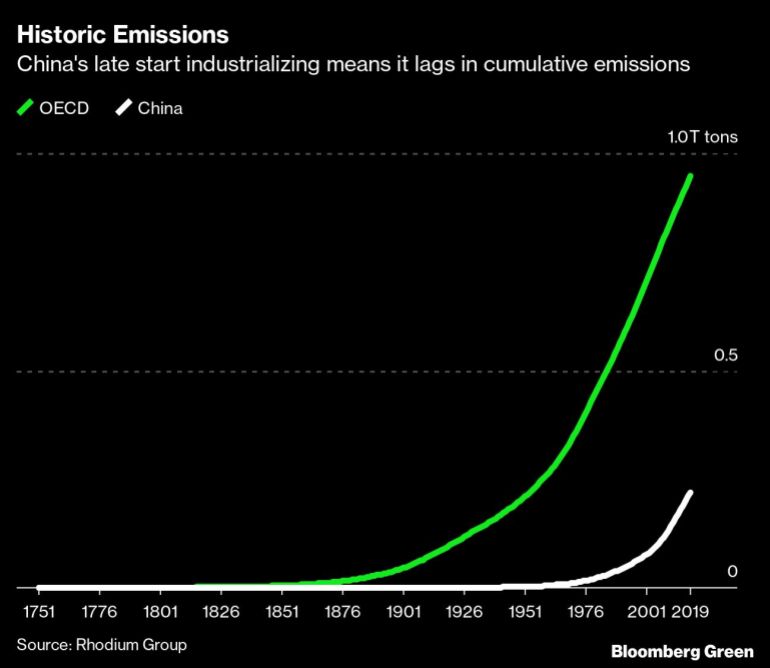 “China’s history as a major emitter is relatively short compared to developed countries, many of which had more than a century head start,” the researchers said. “Current global warming is the result of emissions from both the recent and more distant past.”