Oil headed for its biggest weekly gain since the middle of April ahead of the U.S. Memorial Day weekend that kicks off the country’s summer driving season.

West Texas Intermediate is set for a more than 5% weekly increase, though prices were little changed on Friday. A spate of positive U.S. economic data this week continued to highlight the demand recovery taking shape in the world’s largest oil-consuming country.

With more Americans taking to the road and with some of the lowest gasoline stockpiles in almost 30 years, some see the country facing a supply squeeze on par with those seen when a hurricane knocks out oil refineries in Texas and Louisiana.

“The demand outlook appears very robust, especially in the U.S., and it’s really improving in Europe as well,” said Edward Moya, senior market analyst at Oanda Corp. “There’s optimism that the advanced economies are going to have Covid in the rearview mirror by the end of the summer.” 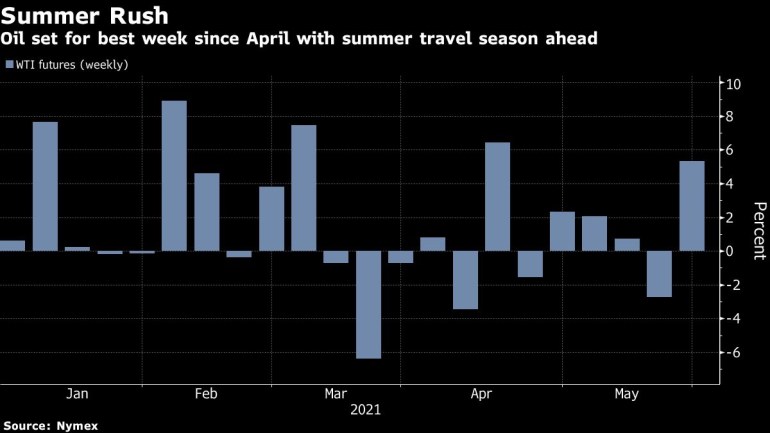 Still, prices have been stuck in a $10 range since March and volatility on the global Brent benchmark has fallen to its lowest level since last August. Supply concerns remain over international talks to revive the Iran nuclear accord, which could pave the way for increased oil supplies from the country. At the same time, the Organization of Petroleum Exporting Countries and its allies meet next week, with delegates saying the alliance looks set to rubberstamp oil-output increases.

“The overall mood in the market is moderately bullish,” said Michael Lynch, president of Strategic Energy & Economic Research. “People are looking at a stabilized market for the near-term,” with the demand recovery continuing to shape up, “but with Iranian supply coming back, that puts a cap on things.” 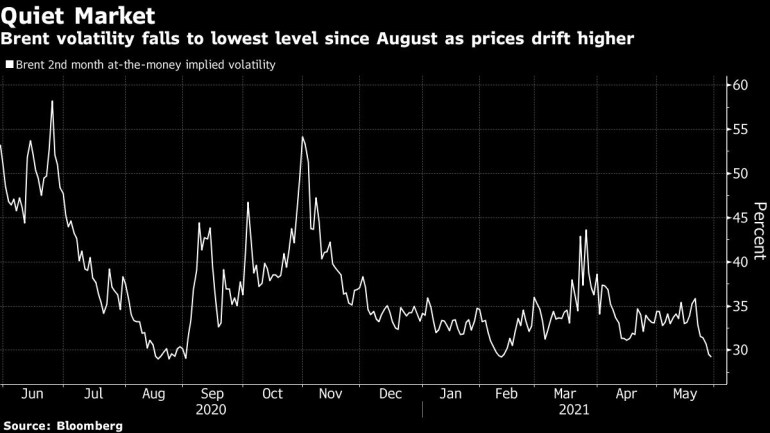 Ministers from the OPEC+ alliance are set to meet on June 1 to assess the global market and their production policy. All but four of 24 analysts and traders surveyed by Bloomberg predict they’ll ratify an 840,000-barrel-a-day increase scheduled for July, completing a three-part process to revive just over 2 million barrels this summer.

The market’s positive outlook is reflected in WTI’s longer-term spreads. The price of the U.S. benchmark for December 2021 was as much as $5 a barrel higher than futures for the same month in 2022. The differential has expanded by almost $1 this week to hit the highest since mid-March. 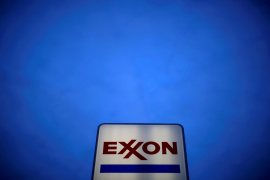 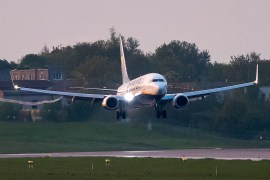 Aviation experts say a decades-old system of cooperation now faces a crucial test under the glare of East-West tensions. 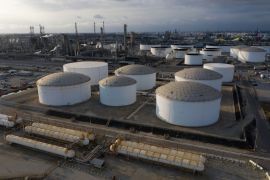 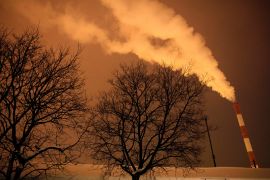