China’s escalating push to rein in cryptocurrency mining was triggered in part by concern that the practice has stoked a surge in illicit coal extraction, endangering lives and undermining Xi Jinping’s ambitious environmental goals.

Authorities decided to act after concluding the spike in electricity consumption from server farms underpinning Bitcoin and other tokens was a key factor behind rising demand for coal in certain parts of China, according to a person who participated in high-level government meetings on the issue and asked not to be identified discussing private information.

Rising coal demand prompted some producers to restart idled mines without official approval, leading to higher safety risks and a jump in deadly accidents this year, the person said.

While China’s central government has enforced a strict ban on digital-asset exchanges and discouraged crypto mining for years, authorities in some remote areas of the country have been more welcoming of the industry because it brings in much-needed revenue. About 65% of the world’s Bitcoin mining took place in China as of April 2020, according to an estimate by the University of Cambridge.

Growing concerns about the environmental knock-on effects help explain why China’s Financial Stability and Development Committee said on May 21 it would crack down on crypto mining and trading, in what amounted to one of the government’s most forceful condemnations of the crypto ecosystem to date.

The warning has fueled a selloff in cryptocurrencies from record highs and stoked a debate over how investors should respond to the environmental costs of digital assets. Musings on the issue from Tesla Inc. founder and crypto advocate Elon Musk have by turns destroyed and conjured billions of dollars of market value in recent weeks. According to one estimate, each $1 of Bitcoin value created in 2018 was responsible for $0.37 of health and climate damage in China and $0.49 in the U.S.

Bitcoin has dropped about 40% since mid-April, paring an epic surge that has drawn in everyone from Wall Street pros to mom-and-pop investors in Seoul. The biggest cryptocurrency was trading at $39,293 as of 10:35 a.m. Hong Kong time.

Disentangling crypto mining’s impact on coal consumption in China isn’t easy, especially during periods of economic recovery when power demand is rising more broadly. But in areas like Xinjiang and Inner Mongolia that have long been favorite destinations for the industry, Chinese authorities have drawn a direct link between crypto and coal.

A preliminary government investigation into an accident that trapped 21 people inside a coal mine in Xinjiang last month found that the mine had been restarted without official permission to help meet rising power demand from crypto server farms, according to a person with knowledge of the probe who asked not to be named discussing private information. There has been no official update on the trapped coal miners’ status since the state-run Xinhua News Agency reported in early May that a rescue team had entered the mine.

Some observers are skeptical of China’s emissions pledges, but the country’s top leaders have vowed to make the fight against climate change a priority despite the potential short-term economic drag. At a climate summit convened last month by Joe Biden, Xi reiterated China’s plan to reach peak carbon emissions by 2030 and attain net-zero status by 2060, in part by reducing coal consumption.

For a Chinese government wary of the anonymity, volatility and borderless nature of digital assets, crypto miners represent an obvious target. The country’s regulators have long warned that cryptocurrencies can facilitate money laundering, fraud and terrorist financing.

While previous efforts to rein in crypto mining have failed to gain traction at the local level, there are signs that may be changing. Inner Mongolia, which banned crypto mining in April, said on Tuesday it plans to raise penalties for companies and individuals and discipline government officials who aid the industry. Last week, the region said it had set up a system for whistle blowers to report anyone who defies the ban. 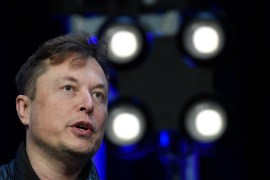 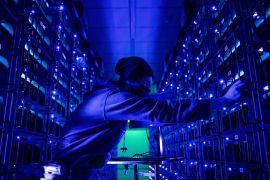 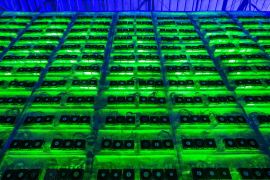 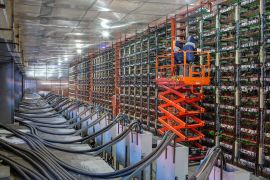