A Southwest Airlines flight attendant was assaulted by a passenger and lost two teeth in an attack in the United States last weekend, according to a union president, who complained to the airline’s CEO about unruly passengers.

“Unfortunately, this is just one of many occurrences,” said the union president, Lyn Montgomery. She said there were 477 incidents of “misconduct” by passengers on Southwest planes between April 8 and May 15.

A Southwest spokesman said on Tuesday that the incident happened on Sunday morning after a flight from Sacramento landed in San Diego and involved a female passenger.

“The passenger repeatedly ignored standard inflight instructions and became verbally and physically abusive upon landing,” said the spokesman, Chris Mainz. He said police were asked to meet the plane when it arrived in San Diego, and the passenger was taken into custody.

The US Federal Aviation Administration (FAA) said Monday that airlines have reported 2,500 incidents of unruly passengers this year, including 1,900 cases in which passengers refused to wear face masks, which are required by federal rules. The FAA provided those numbers as it announced it was seeking civil penalties totaling $54,500 against five passengers for behaviour ranging from refusing to wear masks to assaulting flight attendants.

“I’ve been in the industry since 1992, and this is the worst ever,” Montgomery said in an interview. “People seem to be more angry. When they’re asked to do something, compliance seems to be more difficult.”

Southwest and most airlines train flight attendants to de-escalate tense situations with unhappy travelers. Montgomery said those tactics are growing less effective and a small number of passengers are becoming bolder in challenging the authority of crew members.

Montgomery, the president of Local 556 of the Transport Workers Union, wrote about the weekend attack in a letter to Southwest CEO Gary Kelly.

Montgomery asked Kelly to lobby federal officials for more federal air marshals on flights and to ban passengers who violate rules instead of putting them on another flight. She said flight attendants are concerned about Southwest’s plan to resume selling alcohol on board planes. Many recent cases that have caught FAA’s attention involving passengers who were drinking.

Carrier says COVID-19 vaccines are not being distributed as quickly as expected, travel restrictions are hurting demand. 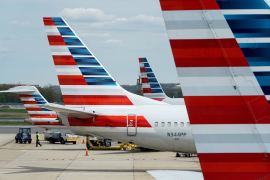 United Airlines plans to diversify its pool of pilots

Airline says it will train 5,000 new pilots this decade, with half of them being women or people of colour. 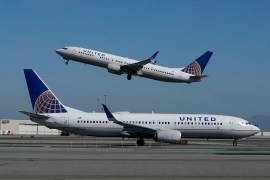 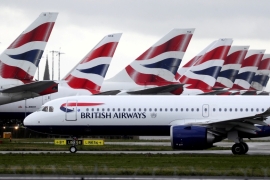 Pressure mounts on Minsk as more carriers suspend flights, while Protasevich’s father say he has likely been beaten. 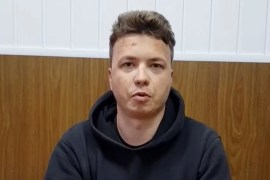