Oguzhan Ozbas was removed from his post and Semih Tumen was appointed to replace him, according to an overnight decree published in the official gazette.

Tumen currently serves as an adviser to Erdogan and is the head of the economics department at Ankara’s TED University. He worked at various positions at the Central Bank of Turkey from 2002 to 2018.

In March, Erdogan sacked central bank chief Naci Agbal, two days after a sharp interest rate hike to head off inflation, replacing him with a former ruling party lawmaker and critic of tight monetary policy. The move sparked a plunge in the Turkish lira.

Four of seven members of Turkey’s rate-setting committee now have less than a year of experience at their jobs, including new Governor Sahap Kavcioglu.

The decision to fire Agbal, who had sought to restore the central bank’s credibility, set off a swift reversal of investor enthusiasm. The new governor has pledged policy continuity after his appointment and kept interest rates unchanged for a second month in May.

Still, annual inflation is near a two-year high and the lira has lost about 14 percent against the dollar since Agbal was removed. Public support for Erdogan’s ruling AK Party meanwhile hit a record low last month, according to prominent pollsters, amid disenchantment with the government’s handling of the economy.

Ozbas, the most recently removed deputy governor, was appointed in July 2019, when Berat Albayrak, Erdogan’s son-in-law, was overseeing the economy as treasury and finance minister.

Last November, he criticized the central bank policies under former Governor Murat Uysal after working as his deputy, saying backdoor policy tightening towards the end of last year was “unnecessarily complicating the monetary stance”. 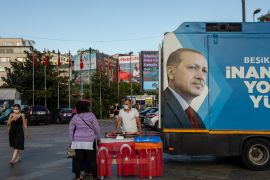 Erdogan says Turkey is committed to bringing inflation and interest rates down to single digits. 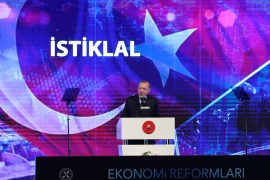 Is Turkey’s economy heading towards another recession?

From firing central bank governors to a currency hovering around record lows, investors are losing confidence in Turkey. 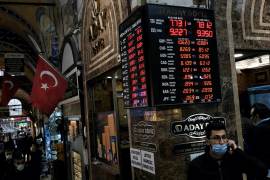 In its quarterly inflation report, the central bank raised the inflation forecast from 9.4 percent.