“Roman Protasevich must be freed and the dictator punished,” Khodorkovsky said in a statement to Reuters news agency. “The dictator should be hit where it hurts the most: his wallet.”

Belneftekhim is Belarus’s state oil company. Belaruskali is one of the world’s largest producers of potash fertilisers.

European leaders threatened on Monday to limit international air traffic over Belarus and possibly restrict its ground transport after a Ryanair passenger plane was forced to land in an incident denounced by Western countries as “state piracy”.

The presidential press service said Lukashenko personally ordered a MiG-29 fighter jet to accompany the Ryanair plane, which was en route from Athens, Greece to Vilnius, Lithuania, to the Minsk airport, where Protasevich – a journalist and passenger on the Ryanair flight – was arrested at the airport.

Protasevich, 26, is a co-founder of the Telegram messaging app’s Nexta channel, which Belarus last year declared as “extremist” after it was used to help organise large protests against Lukashenko.

Protasevich, who had fled the country for Poland, faces charges that could carry a prison sentence of up to 15 years.

Khodorkovsky condemned the diversion of the plane and the arrest of Protasevich.

“The piratical interception of a civilian aircraft in the Belarusian sky contemptuously disregards international aviation safety rules and is an unprecedented case of using military planes to hunt down a journalist,” Khodorkovsky said.

The incident also drew immediate international condemnation, calls for the activist’s release from the US and other nations, sanctions and an investigation by the United Nations’ civil aviation body. 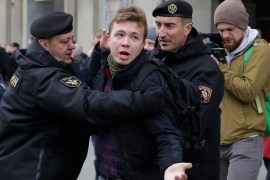 Exiled opposition activist Roman Protasevich detained after his flight from Greece to Lithuania was diverted to Minsk. 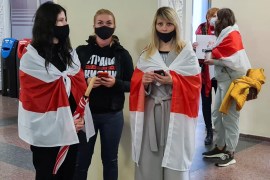 European Union considers upping sanctions as UK and US call for international probe over diversion of Ryanair flight. 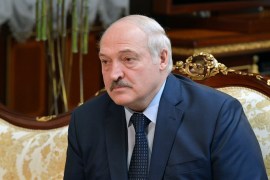 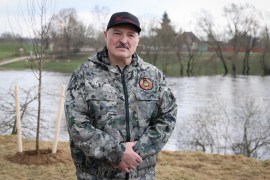