Like many of the over 5,000 small islands dotting China’s coastline, the islet of Changbiao is unremarkable in its history and geography. Jutting out from the shoreline of Fujian province like a small right-footed footprint, it has only gained recognition recently – and even then among a small handful of experts – for being home to China’s first two CFR-600 sodium-cooled fast-neutron nuclear reactors.

Currently under construction, the first of the two reactors is expected to connect to the grid in 2023; the second one around 2026. Together they will produce non-fossil-fuel-based renewable energy that could help China secure its energy needs while at the same time moving the country towards its 2060 carbon-neutral goal.

But no one outside of the Chinese officials and companies overseeing the projects knows if the intended use is purely for civilian energy, or if it serves a dual purpose for the country’s perceived nuclear deterrent needs.

That question gained even more urgency this week after a United States official accused Beijing of resisting bilateral talks with Washington on nuclear risk reduction.

The reason these breeder reactors are shrouded in mystery is that China, which had been transparent about its civilian plutonium programme until recently, stopped annual voluntary declarations to the International Atomic Energy Agency [IAEA] on its stocks of civilian plutonium in 2017 and has not added the reactors to the agency’s database to date.

While there are occasionally reporting delays of up to a year among the nine members party to the IAEA voluntary guidelines for the management of plutonium, Frank von Hippel, a senior nuclear research physicist and co-founder of Princeton University’s Program on Science & Global Security, said China’s lack of transparency is beginning to draw concern among non-proliferation experts and governments around the world.

“This is unique at this point,” von Hippel said of the silence over China’s plutonium activities. 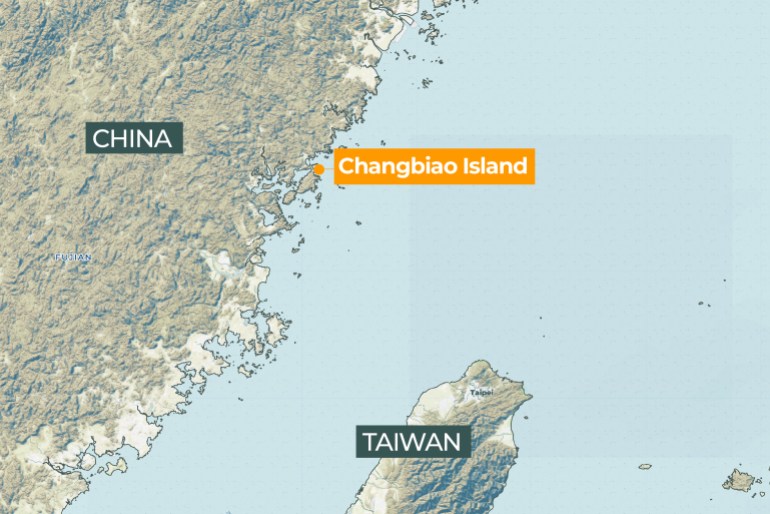 A recent paper (PDF) co-authored by von Hippel, Thomas Cochran and several other nuclear non-proliferation experts, and published by the Nonproliferation Policy Education Center in Washington, DC, drew attention to this issue. The findings stated that China could “conservatively produce 1,270 nuclear weapons by 2030 simply by exploiting the weapons-grade plutonium this program will produce” or even increase that by a factor of two or more if China used highly enriched uranium or composite uranium-plutonium cores from the reactors in bombs and missiles.

This would feed a huge increase from the number of estimated nuclear warheads in China’s arsenal, currently thought to be around 300 to 350.

“Well, I’m worried,” von Hippel said. “They may be dual-purpose.”

While the IAEA management guidelines have been something of a failure over the years, at least they “did provide transparency”, von Hippel says. Now, everyone but China is in the dark about the plutonium programme and it is starting to draw attention.

“Confidence-building measures like plutonium declarations to the IAEA are really important,” said Nickolas Roth, senior fellow and director of the Nuclear Security programme at the think-tank the Stimson Center in Washington, DC.

“When countries don’t submit those declarations, particularly as they’re going down the path of producing more materials, that is a legitimate reason for concern,” he said.

The China Atomic Energy Authority, the agency responsible for reporting to the IAEA, did not respond to Al Jazeera’s questions about why China stopped reporting on its civilian plutonium programme. Similar requests from Al Jazeera made through China’s Ministry of Foreign Affairs, the National Energy Administration and the Ministry of Industry and Information Technology were likewise not acknowledged.

Confidence-building measures like plutonium declarations to the IAEA are really important.

By the end of the current 14th Five-Year Plan in 2025, China targets having around 20 percent of its power come from a mix of wind, solar, hydropower and nuclear energy to wean it off its huge dependency on carbon-emitting coal.

Only around 4.9 percent of China’s power is currently supplied by nuclear energy and there is room to grow that, Chinese authorities believe, with some estimates suggesting nuclear power could supply around 13 percent of the country’s energy needs by 2070.

By 2025, China aims to have 70 gigawatts of installed nuclear power capacity, up from the current 51 gigawatts. The amount could double that or more by 2035, with some estimates as high as 180 gigawatts.

The country has 50 nuclear reactors operating and 14 other conventional reactors under construction, not counting the two breeder reactors, according to IAEA data. China undershot its previous five-year target by around seven gigawatts, so appears to be making a major push to advance its nuclear power capacity over the next five to ten years.

But both Roth and von Hippel said, based on the experience of other countries that have tried the kind of plutonium breeder reactors being built on Changbiao, they are among the least cost-effective ways to derive energy from nuclear power.

“There’s a strong case, and we’ve seen this in other countries, that reprocessing [spent fuel] is not economical,” Roth said. “The reality is it’s cheaper not to reprocess your fuel than it is to reprocess. A once-through fuel cycle with low enriched uranium is a more economical approach.”

That raises the question of why China is developing these reactors for its energy use if it doesn’t make sense economically.

If the reactors are dual-use, it would, particularly from a China concerned about the adequacy of its nuclear deterrent, says von Hippel.

China’s actions, however, may spur others in the region, namely Japan and Korea, to speed up their own plutonium reactor plans.

Roth noted that Japan has been laying the groundwork for a reprocessing programme for some time, while Korea has looked at it as an option. India is also pursuing a closed fuel cycle for its nuclear fuel needs.

“I think it’s in China’s best interest not to go down that path,” Roth said. “From an economic perspective, from an environmental perspective, and the impact it has regionally … they seem set on pursuing this reprocessing path, but I don’t think it is going to help them with their nuclear power goals.”

I think it’s in China’s best interest not to go down that path.

The way forward, Roth says, is for the US to engage with China to find out why it stopped the declarations to the IAEA and pursue a path to disincentivise others in the region from pursuing plutonium reprocessing.

“I would hope that the Biden administration is choosing to engage with China on non-proliferation issues,” Roth said.

Requests made by Al Jazeera through the US Embassy in Beijing about whether the administration of US President Joe Biden was engaging with China on its halt in reporting on its civilian plutonium programme were declined.

These questions are becoming acutely important, von Hippel said, at a time of increased tension between the US and China, the potential flashpoint of Taiwan, and a growing chorus suggesting the two superpowers are engaged in a Cold War 2.0.

Whether there is interest in China discussing these matters with the US or countries in the region is unknown.

On Tuesday, the issue was thrown back into the spotlight after Robert Wood, US ambassador and permanent representative to the United Nations Conference on Disarmament, accused Beijing of being unwilling “to engage meaningfully” with Washington on nuclear weapons talks.

“Despite China’s dramatic build-up of its nuclear arsenal, it continues to resist discussing nuclear risk reduction bilaterally with the United States – a dialogue we have with Russia,” Wood told a UN conference.

Beijing’s representative reportedly pushed back on the claim, telling the same conference that China is “ready to carry out positive dialogue and exchange with all parties”.

Despite China’s dramatic build-up of its nuclear arsenal, it continues to resist discussing nuclear risk reduction bilaterally with the United States – a dialogue we have with Russia. I sincerely hope that will change. https://t.co/qRhgpkRslJ pic.twitter.com/8yqYp3JTIf

Gregory Kulacki, a senior analyst on nuclear policy at the Union of Concerned Scientists who is now based in Japan, said that the good level of engagement built up between the US and China on nuclear policy prior to the early 2000s is something of a distant memory now, with the US side bearing much of the blame for the shroud of silence from China.

“The [George W] Bush Jr administration’s decision [in 2002] to withdraw from the ABM [1972 Anti-Ballistic Missile] treaty pretty much gutted any real interest in China in pursuing arms control talks of any substance with the United States,” Kulacki said.

The Bush administration’s moves were made due to its commitments to deploy missile defence systems in what it saw as protecting against “growing missile threats” at the time, from a potentially nuclear-armed North Korea. China saw those actions as restricting its own military capabilities in its back yard.

If all of these countries could increase the amount of transparency related to uranium holdings and related activities, it would boost confidence for all parties to scale back those programmes, he said.

The trick is figuring out who would take the first steps.