The biggest US gasoline pipeline will not resume full operations for several more days due to a ransomware cyberattack blamed on a shadowy criminal network called DarkSide, says the operator of the pipeline.

The privately owned Colonial Pipeline Company said on Monday it was working on restarting in phases with “the goal of substantially restoring operational service by the end of the week.”

The attack on the Colonial Pipeline, which carries nearly half the fuel consumed along the United States East Coast, is one of the most disruptive digital ransom schemes ever reported.

While the effect remains to be quantified, the pipeline shutdown will reduce fuel availability in the near term, push up prices and force refiners to cut production because they have no way to ship the gas.

The FBI attributed the cyberattack to DarkSide, a group believed to be based in Russia or Eastern Europe. Its ransomware computers that do not use keyboards in the languages of former Soviet republics, cyberexperts said.

President Joe Biden said there was no evidence thus far that Russia’s government was involved.

‘Goal is to make money’

A statement issued in the group’s name on Monday said: “Our goal is to make money, and not creating problems for society.” Its statement did not mention Colonial Pipeline by name.

Ransomware is a type of malware designed to lock computers by encrypting data. The hackers demand payment to let the owner regain access. It is unknown how much money the hackers are seeking and Colonial has not commented on whether it would pay.

DarkSide’s statement went on to say that its hackers would launch checks on fellow cybercriminals “to avoid consequences in the future.” It added the group was “apolitical” and that observers “do not need to tie us” with any particular government.

The statement, which had several spelling and grammatical errors, appeared geared towards lowering the political temperature around one of the most disruptive digital extortion schemes ever reported.

Anne Neuberger, the deputy national security adviser for cybersecurity, told reporters that the Biden administration is not offering advice on whether Colonial should pay the ransom.

Colonial on Friday shut its 5,500-mile (8,850-km) pipeline network, which moves fuels including gasoline, diesel and jet fuel, to protect its systems. 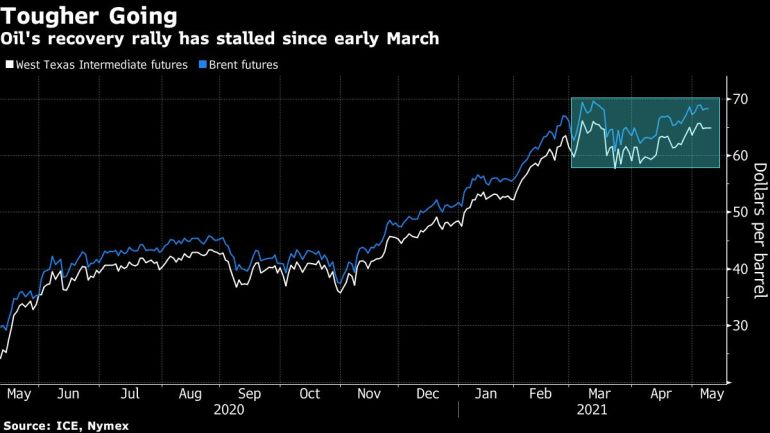 A spokesman for United Nations Secretary-General Antonio Guterres said the attack showed that UN member states needed to combat cybercrime to avoid a “devastating impact on the world that we all live in”.

Colonial restarted some smaller lines on Sunday between fuel terminals and customer delivery points, releasing fuel stored locally to customers. On Monday, it also began manually operating its 700,000-barrel-per-day multi-product fuel line between Greensboro, North Carolina, and Maryland for a limited time while it has existing inventories.

The outage hit ahead of the summer vacation season, when gasoline demand and airline travel tend to peak.

American Airlines said on Monday it has added a stop to two long-haul flights out of Charlotte, North Carolina, because of a fuel supply shortage after the shutdown of the Colonial Pipeline following a ransomware cyberattack, becoming the first US airline to report the fallout from the siege.

Fearing shortages, consumers in the southeastern US rushed to refuel. Petrol stations in Georgia, North Carolina and Tennessee were seeing some panic-buying, said Patrick De Haan, the head of petroleum analysis at GasBuddy.

The American Automobile Association said the national average gasoline price climbed to $2.96 a gallon and could climb to its highest level since 2014.

Florida resident Katina Willey went to several gas stations before she found one that had fuel available. “There were lines at three of the five stations I tried,” she said.

If the disruption stretches on, fuel suppliers could ship by truck and rail instead. The Department of Transportation on Sunday lifted driver restrictions on fuel haulers in 17 states affected by the shutdown. US fuel importers are booking tankers to bring gasoline from Europe.

US refiners including Motiva Enterprises and Total cut output at Gulf Coast plants on Monday by 45 percent and 25 percent respectively, because of a lack of transport, the Reuters news agency reported citing people familiar with the matter. Citgo Petroleum Corp reduced production at its 418,000 barrel-per-day (bpd) Lake Charles, Louisiana, refinery “to maintain as much operational flexibility as possible” during the Colonial outage, the company said in a statement. It did not specify the amount of the reduction.

The largest US independent refiner, Marathon Petroleum , is seeking alternatives for shipping from its Gulf Coast plants in the event the pipeline shutdown is extended, said its spokesman Jamal Kheiry.