Biden’s American Families Plan, set to be unveiled before Congress on Wednesday, is expected to cost over $1 trillion and potentially as much as $1.8 trillion. The sweeping economic agenda could impact millions of Americans and help them better balance work and family life. The New York Times was the first to report on the details of the plan Tuesday, citing two people familiar with the proposal.

The administration reportedly hopes that its plan to boost the budget of the Internal Revenue Service (IRS) over the next decade will help fight tax evasion through audits of wealthy individuals and large corporations.

The Democratic president’s American Families Plan would have to pass a divided Congress where Democrats hold a majority in the House of Representatives but only a slim majority in the Senate.

Republicans generally oppose higher taxes and were in favour of the sweeping tax cuts passed in 2017 by then-President Donald Trump.

The Biden White House has said that wealthy Americans and corporations can afford to pay for the new programmes.

Biden is also pushing forth a $2 trillion infrastructure and jobs plan, which he unveiled last month. The massive economic reforms aim to lift the US from the economic slump of the coronavirus pandemic and boost equity across the board.

The plan to increase the IRS audit budget could help generate $700bn in revenue, the Times reported.

According to the IRS, tax evasion costs the US at least $1 trillion each year.

The federal agency’s Commissioner Chuck Rettig also told a Congressional panel early this month that the IRS has lost 17,000 enforcement personnel in the last decade, crippling its auditing capacity.

The boost for the IRS would be significant. Its annual budget for 2021 is about $11.9bn. Biden’s proposal would boost it by an average of $8bn per year for the next decade, Bloomberg News reported, citing a person familiar with the proposal.

The administration’s tax plan will also end a major benefit for wealthy estates that shrinks the levy for inheritors. Biden’s plan would include a top individual tax rate of 39.6 percent for those making at least $400,000, up from 37 percent today, Bloomberg News reported.

The administration also plans to hike the corporate income tax rate to 28 percent from its current 21 percent. The rate was lowered by Trump and congressional Republicans from 35 percent in 2017. 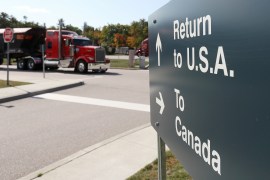 Canadians hire taxis to return from US, avoid hotel quarantine

Mandatory three-night hotel quarantine does not apply to travellers entering Canada over land border with the US. 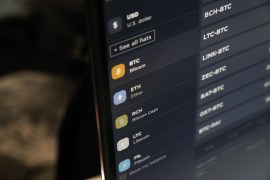 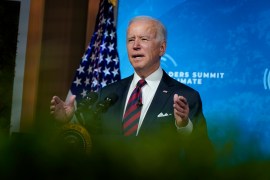 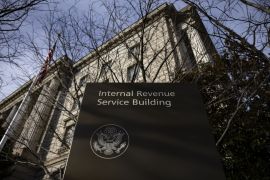 The head of the US Internal Revenue Service calculated that tax-evasion costs may total $1 trillion a year.