French gas giant Air Liquide SA is diverting oxygen supplies for industrial clients in India to hospitals as the country is overwhelmed by a surge in Covid-19 patients.

Air Liquide is sending most of its liquid oxygen output to the health-care sector and is looking to import additional supplies from the Middle East, Executive Vice-President Francois Jackow said Friday. Demand for medical oxygen in India has soared roughly 10-fold, or by more than 50% of the country’s total production capacity, he said.

“The situation in India is becoming more and more dramatic,” Jackow said when presenting Air Liquide’s first-quarter results. “The crisis is picking up.”

India set yet another global record for new infections on Friday, with reports of bodies piling up at crematoriums and burial grounds sparking concerns that the death toll may be much higher than official records. Hospitals have reported shortages of beds, medical oxygen and crucial drugs, with one of New Delhi’s premier institutions saying it had less than two hours worth of medical oxygen left.

Air Liquide and U.K. rival Linde Plc, two of the biggest providers of gases to industry, have been expanding into the health-care sector for years. They’ve benefited from a pandemic-induced surge in demand for oxygen, which can mean the difference between life and death for patients with lung failure.

Paris-based Air Liquide earlier Friday reported a 10% increase in revenue at its heath-care division on rising oxygen demand from clients around the world. That’s about double the normal growth rate, Jackow said.

Demand for medical gases soared some 15% in Europe, mostly in the region’s southern countries, Jackow said. He cited a close to 80% rise in Brazil and strong growth in parts of Africa.

“Overall there is still a strong Covid impact,” he said. “We aren’t at the peak in some countries, especially in developing areas like Latin America, Africa and India.” 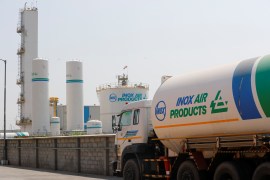 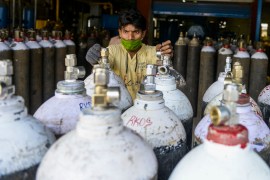 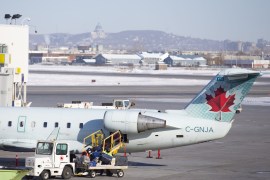 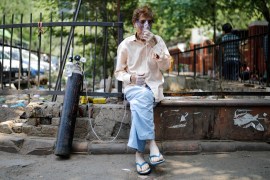 The B.1.617 variant has appeared elsewhere, with concerns about it leading some countries to slap travel restrictions.