By Taylan Bilgic and Firat KozokBloomberg

The Turkish crypto exchange Thodex ceased operations and its chief executive officer has fled the nation amid allegations that hundreds of millions of dollars were stolen.

A prosecutor in Istanbul has launched an investigation and police are searching the Thodex offices, the state-run Anadolu Agency reported. The trading platform is “unable” to continue operations with founder and CEO Faruk Fatih Ozer out of the country, the company said in a written statement earlier Thursday.

While not the largest Turkish crypto exchange, the shuttering of the platform has left the remaining assets of about 390,000 active users “irretrievable,” according to Oguz Evren Kilic, who represents an unspecified number of Thodex users and has filed a legal complaint on their behalf.

As authorities and customers try to work out the details of what happened, officials are calling for rapid regulation of the crypto market. A surge in the prices of digital tokens has been accompanied by convictions globally in scams tied to crypto platforms as well as speculation that authorities will seek tighter controls.

The Turkish government should take action “as soon as possible,” Cemil Ertem, senior economic adviser to President Recep Tayyip Erdogan, told Bloomberg on Thursday. “Pyramid schemes are being established in this area. Turkey will undoubtedly carry out a regulation that’s in line with its economy but also by following global developments.”

Thodex was unable to continue commercial operations after Ozer failed to transfer his “shares to another investor,” the CEO said in a statement on the company’s website. He blamed the exchange’s financial woes on a “hacking incident” he said happened years ago. The number of people who have investments in the exchange is “about 30,000” the chief executive said.

Ozer hasn’t responded to multiple calls to his mobile phone. Bedirhan Oguz Basibuyuk, the company’s lawyer, said he doesn’t know where Ozer is, but that he plans to return only after payments to all users have been made.

The Demiroren News Agency said he fled to Albania on Tuesday, publishing what it said was a photo of Ozer at the airport.

When Basibuyuk asked Ozer why he went abroad, the response was that he would have been “either arrested or committed suicide” if he stayed, the attorney told Bloomberg.

“There was a decline in Thodex’s assets. When too many users demanded their money back, the company was unable to meet those,” the Thodex attorney said by phone, describing the situation as a “liquidity problem.”

Thodex announced a campaign to boost users in mid-March, saying it would distribute millions of Dogecoins to new registrants. Its website says 4 million Dogecoins have been distributed, though many people have taken to social media to complain they never received them. 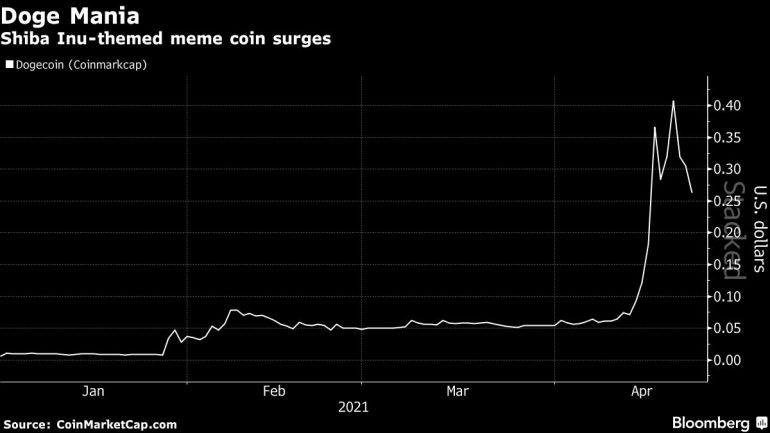 “From today on, my sole aim is to repay my debt to you,” Ozer said in his statement, addressing exchange users. “The day I repay all my debt, I will return to my country and give myself in to justice.”

(Updates with comments from company lawyer, CEO statement throughout.)