It was the mistake seen ’round the world (and from space): Ever Given’s not-so-graceful turn in the Suez Canal upended shipping routes and disrupted global trade on an unprecedented scale.

Aside from being massively inconvenient and wildly expensive, the mishap also generated some really great memes.

If you’ve found yourself similarly stuck in the March doldrums, fear not. April is here and we have some seriously fascinating business and economic news stories for you to dive into on the lunch break you always forget to take while working from home.

And don’t forget to take some time for fresh air this weekend, wherever you call home.

The amount of compensation Egyptian authorities may ask for after helping end the Ever Given’s nearly week-long unscheduled staycation in the Suez Canal.

“The amount of damage and losses, and how much the dredgers consumed, will be calculated. Estimates, God willing, will reach a billion dollars and a little bit more, this is the country’s right,” Suez Canal Authority chairman and managing director Osama Rabie told Egypt’s Sada Elbalad channel.

The 400-metre-long (1,312-foot) ship found itself wedged diagonally across a southern section of the canal, which is the shortest shipping route between Europe and Asia and a vital pathway for fuel and commodities.

About 400 container ships were stuck in the Ever Given traffic jam, which also prompted a flurry of memes from a world eager to laugh – and plenty of kudos for the little excavator trying to free it that we could seemingly all relate to.

me just trying my best pic.twitter.com/s1ESpPs0KY

Aside from shining a light on the vulnerability of trusted trade routes, the Suez Canal crisis also created winners and losers in the global supply chain.

“The Greek shipowning community, which controls more than a fifth of the world’s ocean-going merchant fleet and more than half of the EU fleet, is poised for a potential bonanza in rates,” writes Al Jazeera’s John Psaropoulos, explaining that “hiccups in global supply chains have historically tended to raise freight rates and shipowners’ profits”.

The economic fallout from the Ever Given’s oopsie-daisy is sure to continue for weeks. In the meantime, one Twitter user gave everyone an early Halloween costume idea. You’re welcome.

The number of extra years women around the world would have to wait to achieve gender parity with men, according to a new report from the World Economic Forum. That’s up from 99.5 years in 2020.

“The coronavirus pandemic has widened the gender gap by a generation and closing it will take concerted efforts by policymakers around the world,” writes Al Jazeera’s Radmilla Suleymanova.

The WEF’s report looked at the gender gap in the areas of economic participation and opportunity, educational attainment, health and survival, and political empowerment. The organisation saw progress had been made in education and health, but yawning divides remain in the political and economic spheres.

But the massive disruption to business as usual caused by COVID-19 also presents opportunities to build back more equitably.

“We know where the solutions lie,” Saadia Zahidi, WEF’s managing director, told Al Jazeera. “Now is the moment to embed gender parity by design into the recovery.”

The number of jobs the United States economy added in March, part of a spring hiring boom with roots in accelerating coronavirus vaccinations and $1,400 stimulus cheques from US President Joe Biden’s massive $1.9 trillion COVID-19 relief bill.

As temperatures in many parts of the US warm up and shots go into arms, Americans are increasingly opening up their wallets. Consumer confidence hit its highest level since before the pandemic began in March, and shoppers were increasingly shelling out for big-ticket items like cars and houses.

At 6 percent, unemployment is also at its lowest level since the COVID-19 crisis began. But while March’s figures are an improvement, 9.7 million Americans remain out of work – a staggering four million more than February 2020.

The recovery also remains unequal. The unemployment rate for Asian Americans rose in March after declining the previous month, and at 9.6 percent and 7.9 respectively, the rates for Black Americans and Hispanic Americans remain much higher than the unemployment rate for white people (5.4 percent). Much more work is needed to make sure the pandemic isn’t a “generational setback for racial equality”, in the words of US Treasury Secretary Janet Yellen.

The low end of the price tag for Biden’s ambitious American Jobs Plan, which aims to revamp the US’s ageing infrastructure including ports, airports, highways and mass-transit systems.

“It’s the veteran inside-the-beltway dealmaker’s answer to former President Donald Trump’s lacklustre ‘infrastructure week’, an initiative that became a long-running, Groundhog Day-esque joke in Washington when it failed to get off the ground because it was too expensive and complicated,” writes Al Jazeera’s Ben Piven.

And those upgrades are sorely needed. On its 2021 report card, the American Society of Civil Engineers gave many US transportation and water-resource systems a “D” – one grade above failing – because of “chronic underinvestment”. Not the report card you want to show your mom. The plan will include revamping existing infrastructure as well as funding new projects, experts say.

“We’re good at building shiny new stuff,” Rick Geddes, a professor of infrastructure policy at Cornell University, told Al Jazeera. “But we’re not good at taking care of what we already have.”

And, to quote moms everywhere, you’re not getting any new bridges, roads and airports until you take care of the ones you already have, America.

The current US national debt, which has led some to wonder what the long-term effect of Biden’s ambitious trillion-dollar plans will be – though not the majority of Americans.

The US’s ballooning national debt has been a political hot potato for decades, writes Al Jazeera Political Editor Steve Chaggaris, with Republicans and Democrats taking turns blaming each other for adding more items to the collective tab.

And polling also shows American citizens have been worried about all that debt at different points in the recent past. A 2010 Gallup poll, for example, found Americans ranked federal debt on par with terrorism as a threat to the US, with 40 percent saying they considered it “extremely serious”.

Eight years later, 55 percent of people told Pew Research Center pollsters the deficit was “a very big problem”. But that number had fallen to 47 percent by August 2020. Why? Because many now see solving the COVID-19 recession as the government’s job.

“Unlike 2009, when Americans blamed the government, big banks and the wealthy for their economic problems, this time around, many Americans are looking to the government to help relieve the economic crisis brought about by a once-in-a-century pandemic,” Chaggaris argues, adding “because of that, Biden finds himself with arguably much more political capital” than his predecessors. This means the great debt debate is, for now, to be continued. 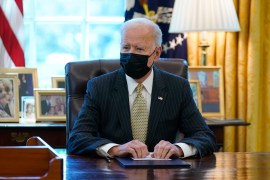 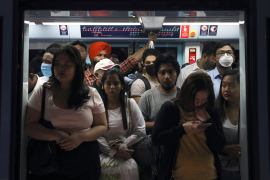 COVID sets gender parity back by a generation, report finds 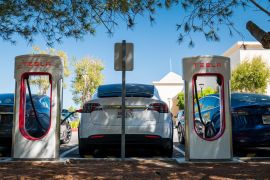 Funds will go to installing charging stations as well as tax credits for consumers to buy American-made electric cars. 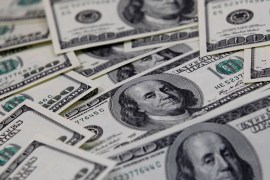