The U.S. federal debt will grow to more than double the size of the economy in three decades, increasing the risk of a fiscal crisis even though dangers appear low in the near term, the Congressional Budget Office said.

Debt will be equivalent to 202% of gross domestic product by 2051 from 102% this year, the nonpartisan arm of the legislature said Thursday in its long-term budget outlook. Its projection for 195% in 2050 was unchanged from the prior report, whose forecasts ran through that year.

Net interest payments on the debt are expected to remain relatively low for the next decade, then rise rapidly over the following 20 years, the CBO said. The agency projects 10-year Treasury yield, after inflation, at 2.6% in 2050. The nominal yield was at 1.54%, near the highest in more than a year, on Thursday.

The CBO also said that the two Social Security trust funds, for seniors and people with disabilities, will be exhausted later than the agency projected last year.

The report — which doesn’t reflect the $1.9 trillion stimulus plan currently working its way through Congress — follows the selloff in Treasuries over the past week that sent yields spiking. Investors are gaining more confidence that rates will move up, with U.S. growth and the labor market set for a stronger-than-expected uptick as vaccines roll out and states lift restrictions.

The CBO outlook’s debt projections will likely underpin already-firm opposition by Republicans to the relief plan, and could also concern some Democratic lawmakers as President Joe Biden prepares a followup multitrillion-dollar plan to build infrastructure and boost the economy in other ways.

Federal Reserve Chairman Jerome Powell said Thursday that the U.S. economy still has a long way to go before the central bank considers tightening, and underscored that the low-inflation world of the past several decades is unlikely to change.

Both Republican and Democratic US legislators had raised opposition to Neera Tanden’s nomination over her past tweets. 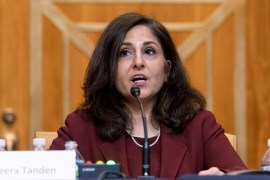 US Democrats push forward on COVID relief with budget vote 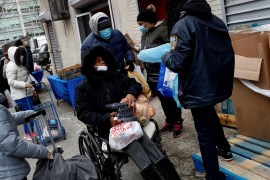 The US government’s student loan write-downs are gigantic, amounting to $98bn in September alone. 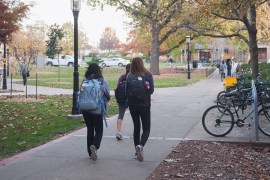 Duelling paths for COVID-19 relief, budget bills emerge in US 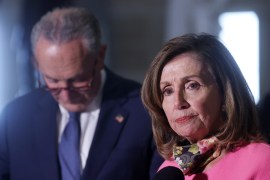