The European Union’s executive branch wants to force employers to be much more open about how much their staff earn to make it easier for women to challenge wage imbalances and close the gender pay gap.

Even though the gender pay gap across the 27-nation bloc has been reduced to 14 percent for people doing exactly the same work, the European Commission wants to eliminate the disparity by imposing specific rules to make pay levels public.

Since its inception in 1957, the European Union has sought to end such gender bias, but progress has been slow over the decades. When it comes to pension rights, reflecting working conditions of the past 30 to 40 years, the gender gap still stands at 30 percent.

Wage conditions and scales in Europe have long been shrouded in secrecy, which has helped extend inequality and proved to be a big hurdle for those demanding pay justice.

And companies have fallen far short in helping bridge the gap, said EU Vice President Vera Jourova. “We have sufficiently strong evidence that we need to have binding rules and not only to rely on social responsibility of the companies because we see that it doesn’t lead anywhere,” she said.

She said that over the past seven years, the gap had closed only by little over two percentage points. “You can imagine if we continue like that, we will achieve pay fairness sometime in several decades. So we cannot continue like that.”

Under the commission’s proposals, employers would have to give information about initial pay levels in the vacancy announcement and ahead of the job interview, during which employers will not be allowed to ask about applicants’ previous pay grades.

Employees will be allowed to ask employers the average pay levels by gender for people doing the same work.

And to put more pressure on big companies, the proposal forces firms with more than 250 employees to publish information about any gender pay gap.

If women remain underpaid, the commission wants them to be able to get back pay and it wants the burden of proof to be on employers, not the women challenging them.

The European Trade Union Confederation lauded the intent but said the proposals lacked teeth to force companies into decisive action. It complained that small- and medium-size companies, where such discrimination often happens, were excluded from key elements of the enforcement.

The proposal now goes to the European Parliament and EU countries for further discussion before it can be approved.

The announcement came ahead of International Women’s Day next Monday.

The EU noted that women had been disproportionally affected by the coronavirus pandemic, many having to add more home tasks to their work schedules because of the closure of schools and daycare centres.

“The COVID-19 pandemic has not only consolidated injustices and inequalities that already existed in our societies, it is also likely to wipe out decades of achievements by women, on progresses in the labour market,” said European Parliament President David Sassoli.

Jourova said women were vulnerable because most were still at the bottom of the pay scale.

“That overrepresentation in lower-paid sectors and occupations such as, for instance, hospitality, retail or personal services has made them particularly vulnerable in the labour market struck by the COVID-19 crisis,” Jourova said. 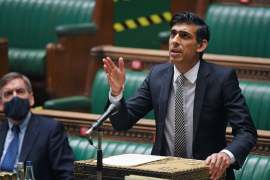 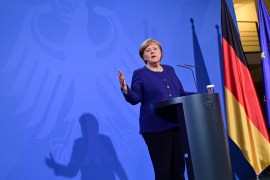 Angela Merkel says the bloc must prepare to vaccinate for new coronavirus variants across the coming years. 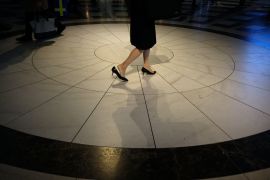 More than one-third of parents, mostly women, have yet to return to the workforce, largely because of childcare needs. 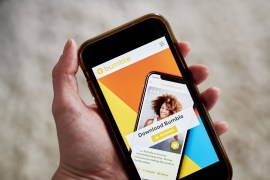