The United States economy is “much improved,” says Federal Reserve Chair Jerome Powell, crediting Congress and the central bank both for providing “unprecedented” support, but at the same time warning that the recovery is still “far from complete”.

“The recovery has progressed more quickly than generally expected and looks to be strengthening,” Powell said in remarks prepared for delivery to a congressional hearing on Tuesday morning. Household spending has risen, he said and the housing sector has more than fully recovered.

“However, the sectors of the economy most adversely affected by the resurgence of the virus, and by greater social distancing, remain weak, and the unemployment rate – still elevated at 6.2% – underestimates the shortfall, particularly as labour market participation remains notably below pre-pandemic levels,” he said. “The recovery is far from complete, so, at the Fed, we will continue to provide the economy the support that it needs for as long as it takes.”

Powell’s prepared remarks hewed to the tone of cautious optimism he has struck in recent weeks amid indications that a recovery is gaining strength.

Federal Reserve policymakers and many private forecasters are expecting a surge in spending and economic growth in the coming months as more Americans get vaccinated and venture out. But the US central bank last week kept interest rates near zero, where they have been for the past year and the majority of its policymakers continued to see them staying there through 2023.

In its forecasts released last week, the Federal Reserve forecast that the economy will grow by 6.5 percent in 2021. That would be the fastest pace since 1983, based on the fourth-quarter growth rate compared with the same three months a year earlier and would follow a 2.4 percent contraction in 2020 due to the pandemic.

Congressional policymakers are sure to pepper Powell with questions about the potential risks – mainly of rising inflation – from the Federal Reserve’s ultra-stimulative policy.

That policy includes buying bonds at a pace of $120bn a month until the central bank sees “substantial further progress” towards its goals of full employment and inflation. Powell noted that lower-wage workers, African Americans, Hispanics and other minority groups are among those still hurting.

Powell last week said it is not time yet to even begin talking about paring back the Federal Reserve’s bond-buying programme. Though Federal Reserve policymakers expect robust growth to help heal the labour market, there is a big hole yet to fill, with the US economy still millions of jobs short of where it was before the crisis.

And while policymakers see inflation rising to 2.4 percent this year as people rush to spend their pent-up savings, those price rises are not expected to continue for long. This will allow the Federal Reserve to keep its foot on the monetary policy gas pedal longer.

Tuesday’s hearing will mark Powell’s first joint appearance with Treasury Secretary Janet Yellen, his predecessor as Federal Reserve chair, since she was confirmed earlier this year. The two will appear before the Senate Banking Committee on Wednesday.

Powell’s three previous rounds of congressional updates on the Federal Reserve’s and Treasury’s pandemic-relief efforts were alongside Steven Mnuchin, who ran the Treasury in the Trump administration. Indeed, Yellen could grab much of the attention of policymakers, especially in the wake of President Joe Biden’s $1.9 trillion economic relief package that passed earlier this month on a strictly party-line vote in both chambers of Congress.

In this week’s testimony, Powell reiterated the Fed’s commitment to use “our full range of tools to support the economy and to help assure that the recovery from this difficult period will be as robust as possible”. 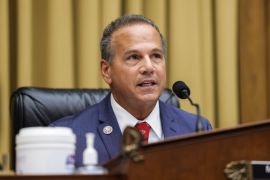 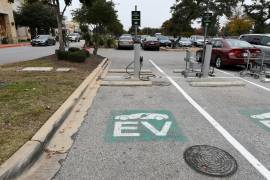 Two Senators asked Biden to set a date by which all new cars and trucks sold be zero-emission vehicles, Reuters reports. 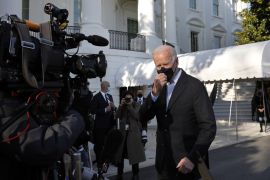 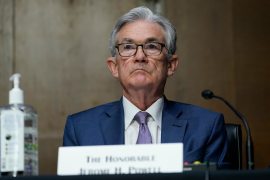